The Capital city of the state, Hyderabad is the main centre for pearl trade in India and one of the principle pearl markets in the world.  Pearl trade flourished here under the patronage of Nizam's of Hyderabad. The local craftsmen and jewellers are located close to Charminar. Pearls are priced according to the radiance, shape and size. Colour and lusture of pearls should be checked in day light. One of the ways to find out if the pearls are real, is to rub them gently against the edge of one's teeth. Genuine pearls will give a rough sensation while fakes will feel smooth.

The best known with the widest range in Andhra Pradesh toys are those from Konda Palli, a small village in the Vijaywada district. The themes are centered round the villages and the different vocations common to rural life. Equally well-known are the Tirupati dolls of Tiruchanur village near Tirupati, made in the red sandal wood. They largely reproduce the religious figures in the traditional classical style of temple sculptures in small sizes, like dolls.
Nirmal, a village in Adilabad district in Andhra Pradesh, is widely famed for its toys. Though at one time Nirmal used to make religious figures, today it concentrates on animals but more on birds, especially in flying formations.
Ettikoppaka, a village in Vishakapatnam district in Andhra Pradesh, specialises in lacquered household articles in toy-sizes, including complete sets of cooking vessels, table-ware, furniture, etc. The special items are mirrors in fancy frames and toy carts.

Bidriware is shiny silver inlay work against a black background. Designs in pure silver are inlaid in an alloy of Zinc and Copper. Though the original home of Bidri is Bidar in Karnataka, it is perhaps one of the most popular Crafts of Andhra. The technique of bidri came to India from Iran (Persia) in the 14th century. It was Sultan Ahmad Shah Wali who introduced this craft to India and he and Nizam of Hyderabad made this craft most popular. Many craftsmen are carrying on the craft in Hyderabad. Bidri-ware has a wide range of variety. The designs are drawn free hand using sharp chisels. To keep the bidriware always looking new, Polish the inlay work withe silver polish and rub vegetable oil on the surface.

Brassware
Pembarti, a small village of Andhra Pradesh in Warangal District is known for its brass ware. They make statues depicting characters from Hindu mythology, pots, carvings etc. in bronze and brass. Mostly cast figures are hand crafted not machine made. Brass ware is also made in Tirupati, Warangal.

near Masulipatnam is famous for carpets of Indo-Persian style. The body designs of carpets are named after patrons or those associated with them or fruits like babul, guava etc. The designs are mostly floral and geometrical.The pile carpet came to Warangal with the Mughal army, for the military camps had not only soldiers but also artists and craftsmen. They evolved their own designs in course of time but with the flavour of the old, like the Persian Lancelot leaf transformed into a flower.

Silver-filigree
Silver-wax is widely used for making ritualistic objects. Silver-filigree is a style by itself which Cuttack in Orissa and Karimnagar in Andhra Pradesh produce in Puru metal. For this, pure-silver ingots are put through a wire-drawing machine. In the pre-machine days the ingots were beaten on an anvil and elongated into a long wire by passing it through a steelplate - wiregauge. The very fine hair-like wires are still done only in the old drawing technique, then twisted and flattened. Two thinnest wires are wound together two or three times on a Charkha after heating and then flattened again to get is as thin as the single wire originally was. A filigree object is a combination of a number of component parts pieced together.

Tortoise Shell Products
The tortoise-shell is used for making trinket boxes along with ivory. Visakhapatnam in Andhra Pradesh is a prominent centre where this shell is used. The forties shell at the moment is used in a very limited way as it is in short supply. The best known product of this shell is the beautiful octagonal jewel box with the ivory net cover. 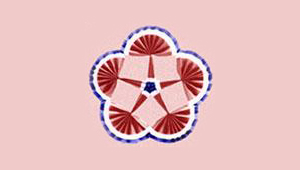 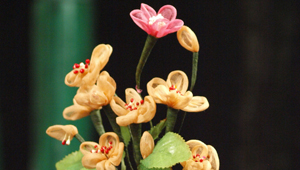 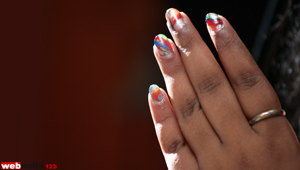 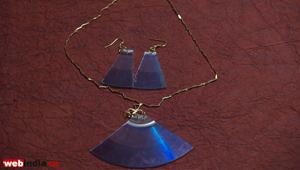 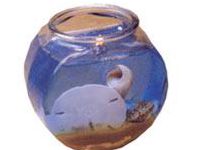 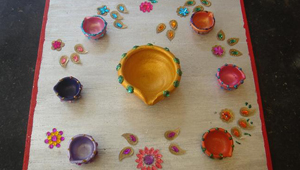 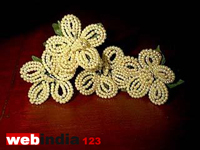