The origin of the game Cricket was gradual. It evolved from various sources like a Scottish sport known as 'cat-and-dog' and a thirteenth century pass-time called 'hand in and hand out'. The game which is played today has its origin in the south eastern part of England. Cricket became a generally adopted sport in the second half of the seventeenth century.


The Hambledon club which is founded in about 1750 had played a significant part in the evolution of the game. It was superseded by the Marylebone Cricket Club (M.C.C) with its headquarters at Lords, London. This became the world authority of the sport and its sanctuary.


Cricket was brought to India by the British. In the beginning the game was played amongst the British nationals. Later it struck deep roots in the Indian soil as a result of the patronage extended to it by the ruling class and the princely households. By the beginning of the 19th century, cricket became popular in the cities of Bombay, Calcutta and Madras. An England team toured India in 1902-03. An All-India team went on a tour of England in 1911 under Maharaja Bhupinder Singh of Patiala.


The Indian cricket control board came into being towards the end of 1928. With the efforts of several Indian princes, H.E. Grant Goven and A.S.De Mellow, the national championship for the Ranji Trophy began in 1935. India entered the international arena and played its first official Test against England in 1932.

Meanwhile Prince Ranjit Singhji of Nawanagar who had gone to England for further study, made a remarkable name for himself in the game of cricket. He is generally acknowledged as the Father of Indian Cricket although he played only in England. He will always be remembered through the National Cricket Championship - Ranji Trophy, named after him. 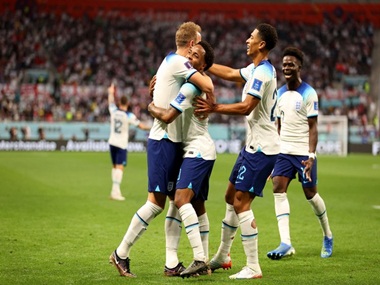 FIFA World Cup: Need to do better, says England manager after 6-2 win over Iran
Information
About Us
Advertise with us
Enquiry
Sitemap