This sub-region comprises the area from the base of Himalayas to Kanyakumari but excludes the Malabar coast. This is the true home of Indian fauna. The whole sub region can be divided into two broad zones. 1) The desert region of Rajasthan lying on the west of the Aravali ranges and east of the Indus Valley also known as Thar, connected with salt flats of Little Rann of Kutch and 2) the tropical deciduous wood lands covering peninsular India extending to the drainage basin of the Ganges river system. 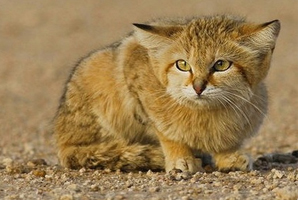 The desert area of this sub-region consist of dry tropical, dry mixed deciduous, thorn forests, scrub forests and dry Savanna forests. The desert trees are thorny with reduced leaf surface Cacti and Succulents are the plant species in the desert area. The animals have also developed adaptations to face the scarcity of water and severity of high temperature.

The region of peninsular India and the drainage basin of the Ganges consists of tropical moist deciduous to tropical dry deciduous and scrub forest depending upon the rainfall. The northern and the eastern part which receive more rain has sal as the predominant species and the southern part has teak as the main species. Western ghats of the western portion if the central belt receive very high rainfall and support evergreen vegetation.

The peninsular India has a variety of wild animals such as elephant, muntjak, sambar, wild boar, guar, chettal, hog deer, swamp deer or barasingha, nilgai, blackbuck, wild dog, tiger, leopard, lion, hyena, jackal, jungle cat, common mongoose, wolf, squirrel, hare etc. The spotted deer, nilgai, blackbuck, four-horned antelope (chausingha) and sloth bear found in the triangular land bounded by the Vindhyas in the north and the western and eastern ghats on the other two sides, constitute the true Indian fauna which are not found anywhere else outside India.