Chikungunya, also known as Chicken Guinea, is a rare form of viral infection caused by an alphavirus that is spread by the mosquitoes of genus Aedes i.e. Aedes Aegypti, Aedes Albopicticus (Tiger mosquito). The name of the disease is derived from the word 'Swahili', a language spoken in East Africa meaning 'that which bends up', reflecting the physique of a person suffering from the disease. Chikungunya virus is highly-infective and disabling. It is possible for a person to have Chikungunya and Dengue fever together at the same time because the infected Aedes mosquito can carry both the viruses. 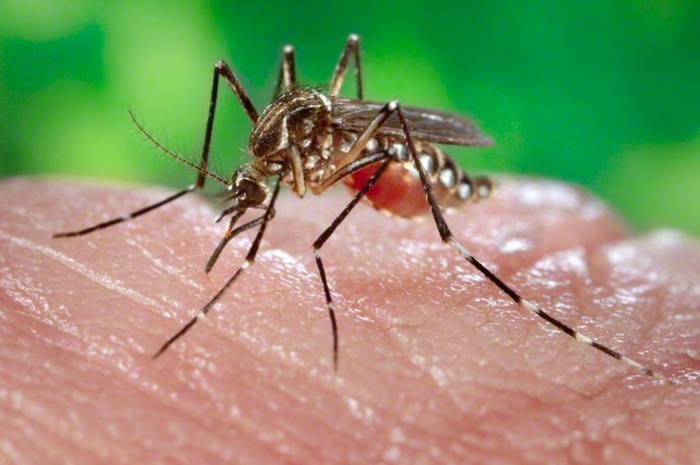 The disease which is most prevalent in urban areas was first isolated in the year 1952, in the Makonde plateau, along the border between Tanzania and Mozambique. The disease was first described by Marion Robinson and W.H.R. Lumsden in 1955. Since then, the virus has caused several epidemics in Asia, including Philippines, Thailand, Cambodia, Vietnam, India, Burma, and Sri Lanka. In India, the first outbreak of Chikungunya virus (CHIKV) was recorded in Kolkata in1963. It was followed by epidemics in Chennai, Pondicherry, and Vellore in 1964; Visakhapatnam, Rajmundry, and Kakinada in1965; Nagpur in1965; and Barsi in 1973. Recently, in 2006 a massive outbreak of the CHIKV was reported in different parts of India affecting lakhs of people. Though Chikungunya is not considered to be fatal, deaths have been reported, directly or indirectly related to this disease .

Symptoms
The symptoms of Chikungunya are very similar to those of dengue fever, except that there is no hemorrhagic or shock syndrome form. The incubation period is usually 1-12 days- that means the disease manifests 1 to 12 days after the bite of the mosquito. Chikungunya virus (CHIKV) infection can cause a debilitating illness characterized by high fever which can reach up to 104 degree Fahrenheit. There will be a sudden onset of flu-like symptoms, including severe headache, chills, rash, fatigue, nausea, vomiting, muscle pain and joint pain. The normal symptoms persist usually upto 3 days but in a few cases, they may be upto 2 weeks. The joints of the extremities will become swollen and painful to touch and because of this, the disease has been classified among the Arthritic Viruses. Platelet Count in the body decrease till the disease persist. A condition known as Nuetropenia occurs at times. It is a condition in which the antibodies destroy the nuetrophils which are important white blood cells that help fight infection. Children, pregnant women and person under stress will be prone for more serious form of the complications

Treatment
Laboratory confirmation is important to detect Chikungunya, since the clinical appearance of both chikungunya and dengue are similar. CHIKV is usually diagnosed by blood tests.

There is no specific antiviral treatment or vaccine available for chikungunya. Each victim had to be given separate treatment based on symptoms. Taking non-steroidal anti-inflammatory drugs may help to ease symptoms of fever and aching. The patients had to take adequate rest and drink plenty of fluids

Preventive Measures
The best way to avoid CHIKV infection is to prevent mosquito bites. Infected persons should be isolated from further mosquito exposure in order to avoid transmission of infection to other people.

Stagnating water, a perfect breeding ground for mosquitoes, is the main cause for the scattering of the disease. Preventive measures for controlling proliferation of mosquitoes are eliminating stagnant water, getting rid of containers like food cans, used tyres, buckets, barrels etc which will retain water in the outdoor surroundings, covering water tanks properly etc.


Note : All statements given are only for information purpose. We are not responsible or liable for any problems related to the utilization of information on this site. We suggest that you consult a qualified doctor before trying any alternative health care remedies.

X
Information
About Us
Advertise with us
Enquiry
Sitemap