Jatinga, a small tribal village and Assam's only hill station, is known for the mysterious suicide of birds during certain weeks of the year. While scientists and ornithologists have been trying to explore and understand the mystery as to why birds behave in a particular manner during those weeks in Jatinga, Guwahati-based poet and award-winning author Tapati Baruah Kashyap has chosen to tell the stories of the birds, the beautiful place and the people living there through her poems. 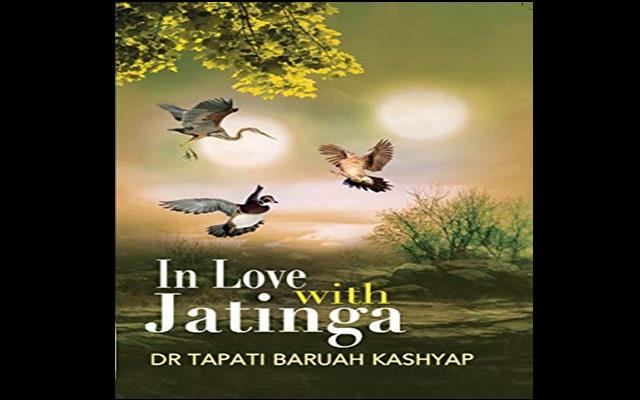 "In Love With Jatinga" is a collection of 50 poems through which the poet not only asks the often-repeated question as to why the birds of Jatinga meet death in such a mysterious manner, but also takes readers through this place, which is located on the lap of the lofty Borail mountain (in southern Assam).

"Jatinga is not about birds alone. It has lovely people, lovely oranges and pineapples, and breath-taking natural scenery all around. It is a little paradise on earth," Kashyap says. The poet, in the opening of her book has dedicated it to "serene people, serene place, spotless nature, in the lap of Jatinga." 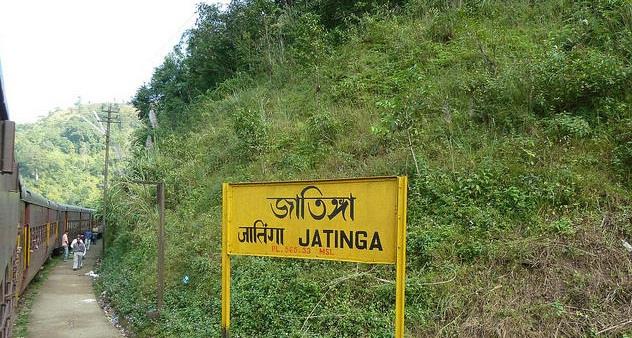 The mysterious birds' phenomenon has made Jatinga, only nine km from the mountainous Haflong, the district Headquarters of Dima Hasao in Assam, world famous for the strange behaviour of the migratory birds that takes place during the months of September to November. As many as 24 of the 50 poems are about this village, its people, its birds, winding pathways, sweet breeze, the headman, its founding fathers, its hard-working women, and so on.

She begins her poem called "The bird-watching tower" with the lines: "Welcome the coming birds, Let them live and add attraction, To the Jatinga Valley, Perched on the mountain slope, This watch-tower, Welcomes us, and those unknown guests." And then, she introduces readers to a few women who walk up the mountain slope after toiling hard in the "jhum" or slash-and-burn fields in the adjoining hill slope -- "The smiling face of a Jaintia damsel, Along with a wrinkled-face old lady, back from their jhum, on the other fold of the Borail, what is your name? I asked, But they only blushed. I asked again. Panchi, said the younger lady, softly. But the old lady gave only a smile." 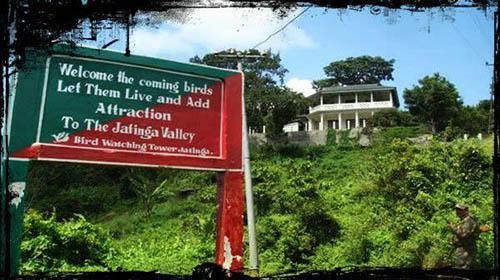 About the unfortunate birds which reportedly come to Jatinga to commit suicide, the poet calls them winged angels: "Fog, and mist, And a small drizzle, the wind must blow from south to north, on a moonless night, Are you a kind of Bermuda Triangle, You, this mysterious poetry of Jatinga. Why do you come, O'winged angels, Through fog and wind?"

Now look at the description of the village itself. She has titled this poem 'Your Jatinga, my Jatinga,' and then goes on to say -- "Dainty little houses, with roofs of red, green and black, Dot the slopes. Ripe oranges and pineapples, Call out the river below, It calls back too, A few seconds later, echoing through the Borail dear."

The poet then gives more than a 360-degree view of Jatinga and the adjoining places. She begins with her description of the rising sun from behind the Borail mountain, introduces us to the mountain as well as several rivers that flow down from it, takes readers to the bird-watching tower of Jatinga and to a few households there, walking along the winding mountain pathway, engages in conversations with several local people, who relate different colourful stories, tastes fresh fruits plucked from the village households, tries to find out various historical facts and episodes about the place and then, stands spellbound watching the sun bid goodbye at the end of the day.

Kashyap is definitely a very discerning tourist, who finds poems in anything and everything around the places she visits. She introduces her readers to the few rivers like Dollong, Kopili and Diyung that keep playing hide-and-seek with the mountain ranges, takes them to the Panimoor waterfall, as also to Umrongso, Garampani, Harangajao and Semkhor, and then to a few local families too -- all through the medium of poetry.

As she says in the poem which has also become the title of the collection, "The whole world.. will one day fall in love..with you, dear Jatinga."

The 1967-born poet also digs out stories from the pages of history, to tell the story of Sambhudhan Phonglo, Maan Singh and Molongthong -- all of whom had bravely fought against the British colonialism, and continue to remain unsung heroes of forgotten chapters of India's freedom struggle.

The serpentine railway track through the mountains that has so many tunnels much to the delight of the travellers also begins to speak out through Kashyap's poems: "As the rusty red train.. Slowly begins to 'lap the miles'.. And runs up the mountain.. Along the winding metre-gauge tracks.. I take out my note book.. Stations wait since the morning..To greet us, one by one.. As the sun plays hide-and-seek with the clouds..And a 'pile of mountains'.. And nineteen tunnels, big and small..Growing taller each passing moment."

Published by Mumbai based publisher Become Shakespeare.com, this is Kashyap's fourth collection of poems. Forty of her poems have also come out as a compilation in Malayalam, while she has also written two research-based books on Assamese women poets, one in English, the other in Assamese.

A frequent traveller who loves to go to places not commonly visited, she also writes two regular fortnightly columns in Assamese newspaper, one of which is about people and places.

Late Niranjan Mohanty, an eminent Indian poet in English, had once said that Kashyap's "simplicity of expression, plain and de-intellectualised image pattern, undiminishing human concern get woven through a web of sensations to perpetually harp on the phenomenon of festivity we call life. In her treatment of life's pulsations, variegated disjunctions, rejoinings, hopes and dreams -- Kashyap tries to orchestrate her emotions, concatenate the fear of diffusing her own dreams with a view to putting a stamp of authenticity and originality in her poems."

"In Love With Jatinga" is a apt tribute to the mysteries of nature.