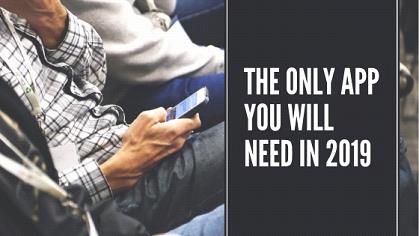 The recent years has seen long strides made in the Smartphone industry. Developers across the globe push boundaries to deliver the most optimized mobile device. The industry is never silent nor does it sleep. Tech enthusiasts around the globe are looking for the next big thing. The recent trends indicate that excitement and development in the market overall. The biggest trend over the last couple of years has seen the screen to body ratio. To get the best possible viewing area. The never-ending fight to cut bezzles and corners has brought a whole new dimension to the mobile screen. Similarly, other features like the notch, increased battery life, in-display fingerprint sensor and fast charging have changed the way we use smartphones.

Before we go any further, let's cut to the chase. The truth of the matter is that a smartphone is only smart by running various applications i.e apps on it. Regardless of the brand and build quality, it is the apps that bring the smartphone to life. In 2018, you cannot live without mobile apps. We use them to chat with friends, order food, take photos and the list is unending. And according to the statistics, we spend more time using our smartphones than PCs. Such is the advancement in the mobile space. Back in 2010 with the launch of the iPhone, everything changed! Many believed it would be the start of a new evolution of mobile technology, and they were right. When Apple launched their app store in 2010, they launched a total of 552 apps out of which 135 were app. In just a week, users downloaded over 10 million apps! In fact, the word app became the word of the year in 2010. Then entered Google play store and the android era and rest became history. Fast forward to today, there are over 2 million apps on the play store!

However, in contrast to the long strides made in smartphones, not much has been done in the mobile applications space. Bengaluru based startup AppBrowzer, a unit of ROID Technologies set into motion to solve the above pain point. Sure, there have been newer applications being introduced to solve various solutions. But the fundamental technology of mobile apps has remained the same ever since inception. Whats more is users are spoilt for choice when it comes to mobile apps. There is an app for literally everything! But too many can be bad. On an average, users only use a maximum of 30 application on their smartphone. This is a huge contrast to the 2 million on the play store. Its pretty simple, no one wants clutter! Time has come for a change in the mobile app world. Something that is fresh and next-gen.
Introducing AppBrowzer, The Revolutionary All-In-One App

Bengaluru based startup AppBrowzer, a unit of ROID Technologies set into motion to solve the above pain point. Founded in 2015, by Sunny Gurnani and Venkatesh Rao, the startup consists of a 10 member team spread across different roles. After about a year of research and testing, the AppBrowzer team has figured out a way to make use of the best of both worlds by merging web and native app technologies. It set into motion to curate an app that gives a wholesome experience for the user without the need to install other apps. It is truly the all-in-one app for the 21st century.

The app basically hosts different user-centric categories namely Shopping, Social Media, Games, News, Travel and Booking, Food and so on. You can watch this video to get an idea of whats were talking about. Fast forward to today, AppBrowzer has over 5 lakh in installs with an audience that spans across India. 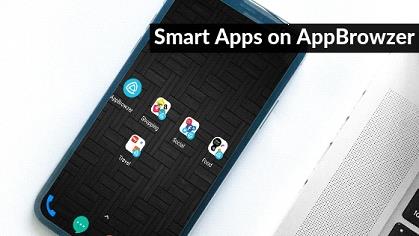 Its virtually impossible to host this many platforms under one roof. There is another problem, what about the experience. The major challenge to bring it all together is that the normal mobile web apps are not good enough. But the AppBrowzer team has found the right balance of integrating instant apps and PWAs that would not deter from the native experience. Further, a key advancement made by AppBrowzer is the introduction of Smart Apps. According to CTO and Co-Founder Venkatesh Rao, he says Through Smart Apps, we are redefining the way users look at mobile apps.

Smart Apps launched recently in October 2018 are basically tailored categories that contain the most used apps. For example, a category like shopping would contain top apps like Amazon, Flipkart, Shopclues and Snapdeal together in one screen. But how? Their unique technology allows users to access all the apps in Smart apps with a simple swipe! Whats interesting is in the shopping section, you can compare prices with a single query across these four mentioned platforms. You can read their blog, that gives a detailed explanation of the difference between conventional and smart apps. Similarly, they have built smart apps for other categories like Social Media, Deals, Food, Travel and Hotel booking. Another key feature they have included for smart apps is the ability to add them to your home screen, so now you can access them without even entering the app itself.

Its time to redefine the way we use our smartphones. We are stuck with constantly trying to switch between apps we love. For a long time there was no answer, but now with AppBrowzer, you can get everything in one app. Rightly so, they have termed themselves as the revolutionary All-In-One app thats striving to build next-gen apps for the post-modern smartphone user. AppBrowzer is loved by users with a rating of 4.5. It is available for download on the Play Store. Head over to AppBrowzer blog page to get the latest and more information.