Uthralikavu is a Rudhramahakali temple, with its beautiful precincts in the middle of paddy fields and mountains in the backdrop, situated at a picturesque location in Wadakkancherry on the southern part of Thrissur district. 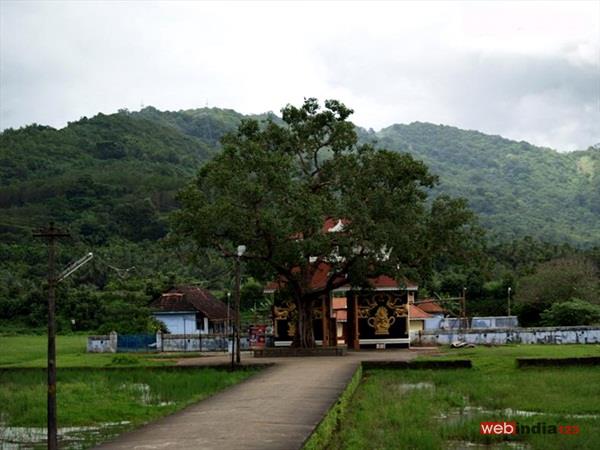 The temple dedicated to Goddess Kali is famous for its annual pooram festival held in February / March every year. The highlights of the pooram include rituals like kodiyettam i.e flag hoisting, pooram purapaadu - starting of the elephant procession from the temple, kaavutheendal- the entry of local folk artforms of harijans to the temple compound & of course the special Vedikettu -fireworks.

In fact, Uthralikavu Pooram, an eight-day celebration highlighted by day and night elephant processions is the most popular event in the region. 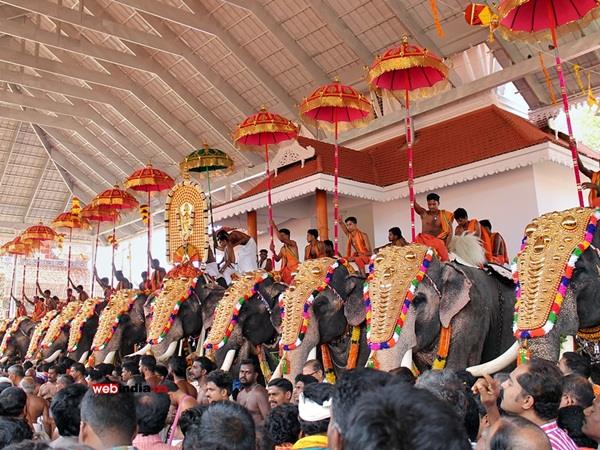 Traditional musical ensembles like Panchavadyam and Pandimelam add rhythm to these processions. The pooram also offers a chance for the spectators to enjoy the temple and folk art forms of Kerala. 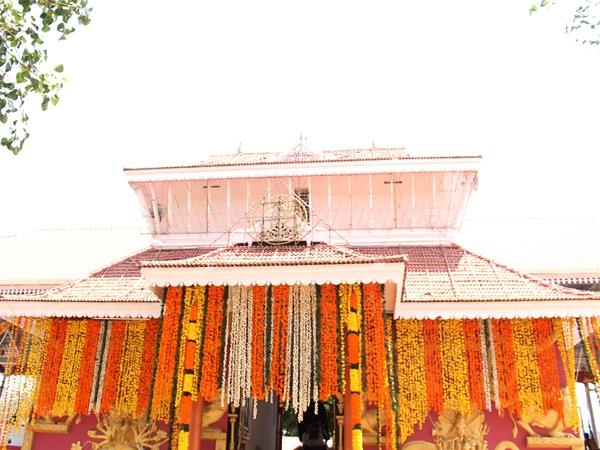 The pooram festival held annually between Feb and March months is organised mainly by 3 team- Enkakad desham, Kumaraneloor desham and Wadakkanchery desham. These team hold their own elephant

As Uthralikkavu is located at Enkakkad, the team from the place always gets the chance to start the pooram purappad procession as well as the prestigious duty of carrying the Bhagavathys thidambu [a large plaque which represent the deity] on top of the main elephant, centrally positioned. 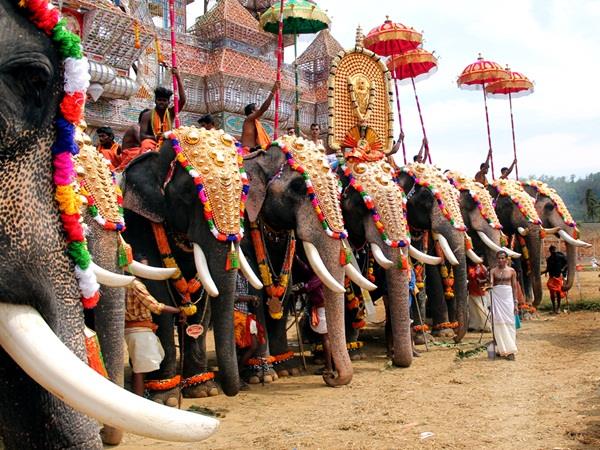 A healthy competition exists between these team as to whose performance is the best. So each team strive to get better performers for their team. 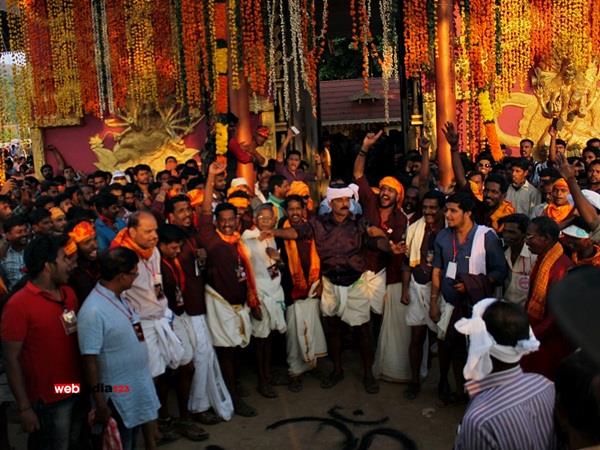 Pooram purappad starts from the Uthralikkavu temple accompanied by about 21 elephants, and more than 100 panchavadhyam artists. Each desham presents 7 to 8 elephants. Following Enkakkad desam, the procession of the second team Kumaraneloor starts from the temple and move towards their own place. 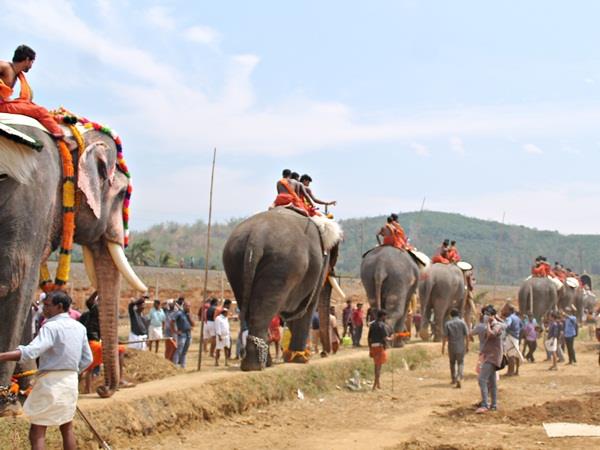 The purappad of the third team Wadakkanchery starts from another temple almost 5 km away, and will reach last to the temple. Local folk art forms like Theyyam, Thira, Mookanchathan of Harijans are performed at the temple.

In the evening at around 4.15pm, fireworks display of each team begins. People flock to the temple premises to watch the visual feast. 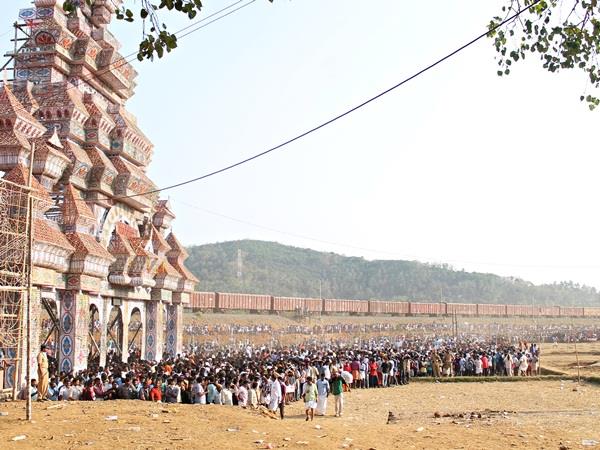 Even in those early hours when there is still sunlight, the fireworks are spectacular.   One of the biggest firework shows among the temple festivals of Kerala, the show is a class of its own. Its the special feature of the festival. 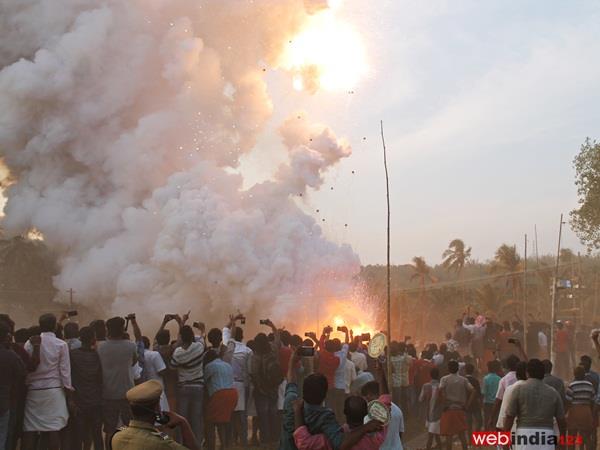 After the fire works, the caparisoned elephants are lined together for the Kootiyezhunallipu and Kudamattom  changing umbrellas placed at the top of the elephants, swaying venchamarams and peacock feather fans in between. 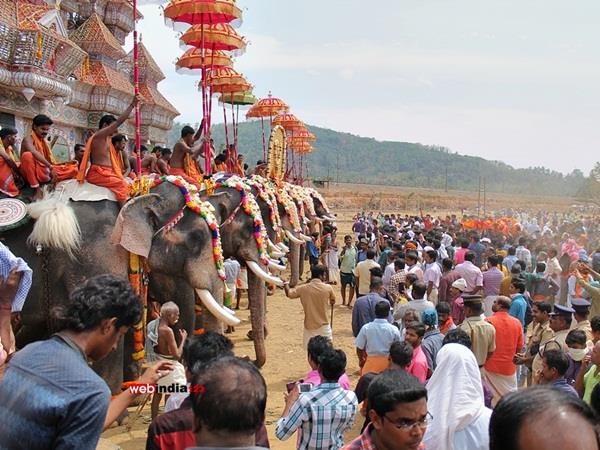 The spectacle presents an apt finish to the festival.