A folk tale describes the plight of a poor peasant's beautiful daughter who caught the eye of the Prince out on a hunt. He married her and made her the queen. Bliss didn't last long.

Everyone was worried when the young queen lost all appetite and began wasting away. It took a clever physician to diagnose the ailment. She was missing the coarse bread prepared with millets that she had been reared on. Bajra roti with thecha was prescribed and needless to add that the couple lived happily ever after.

Millets are identified as 'poor man's food' that the more affluent are reluctant to welcome on their plate. It is only with the proliferation of crippling lifestyle diseases that the world has started a revaluation of these mighty midgets. Millets have a low glycemic index and can play a significant role in the management of diabetes.

The deoxidants present have been tested in laboratories and displayed properties that retard the ageing process. Those suffering from gluten-related disorders and wheat allergies can substitute millets for wheat.

Millets are very hardy and grow quite well in arid, semi arid and drought-prone regions. They can tolerate extreme weather conditions and compare very well with major cereals - wheat and rice. They have more protein by weight and are a richer store of micronutrients than even fruits and green tea. This has earned them the sobriquet 'nutraceuticals' - almost a superfood. 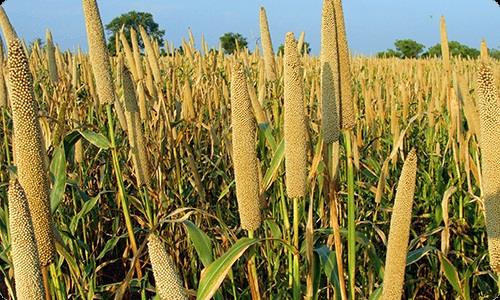 It was millets - the small seeds of grasses growing wild- that sustained our ancestors before they had mastered agriculture. Historians have discovered evidence that humans consumed millets more than 7000 years ago before other crops were 'tamed' and farmed by settled communities. Noodles in a fairly well-preserved state in earthen bowls have been found in northern China.

Millets of different kinds like priyangu (Fox tail millet), syamak (black finger millet) and anu (barnyard millet) find mention in Yajurved bearing testimony to their use as far back as 1500 BCE in different parts of the subcontinent. Other millets grown and consumed: Ragi (pearl millet), fox tail millets and jowar (sorghum aka the great millet).

In many countries like Russia, Germany and China, millets are used in traditional porridge recipes. These are also added to savoury stews prepared with meat or vegetables. 'Banh da ke' is a signature Vietnamese sweet that contains layers of pounded millets and mung beans with slice of dried coconuts.

Few are aware that India is the largest producer of millets accounting for almost a third of the global output. Niger and Nigeria along with China are other major producers of millets.

Okashna 1-developed by International Crops Research Institute (ICRISAT) headquartered in Hyderabad, Telangana State, in India, from a natural variety growing in Burkina Faso, a landlocked country in West Africa, has doubled its yield and has generated great interest in trials in Zimbabwe, Namibia, Mauritania, Benin and Chad. Farmers have adopted it enthusiastically.

Ironically, the consumption of millets has declined considerably in India in the past decades. With economic development and urbanisation, food habits have changed and aspirational diet is based on cereals and refined sugar, oil. 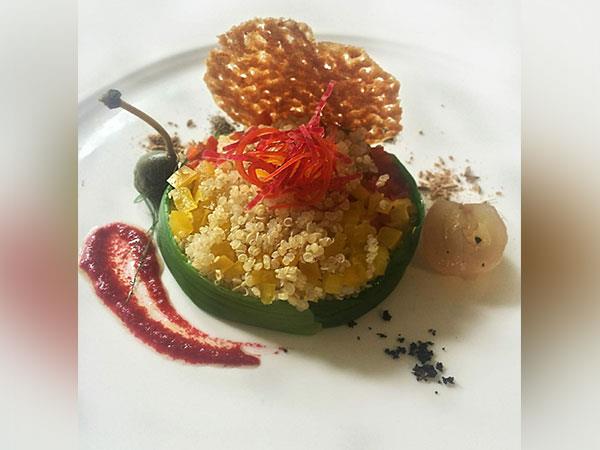 Pallavi Upadhyaya is a social entrepreneur striving to bring millets back to the mainstream. Inspired by her personal health journey she started 'Millets for Health' with her husband that works with small farmers at grassroots in many states. Apart from sales, the enterprise also conducts awareness and cooking workshops and undertakes millet-based catering. SHODH headed by Rajiv Pande is the national not for profit organisation working on Climate Smart Agriculture.

The job involves providing support in seed procurement, and market linkages to almost 5000 marginal farmers in Anantpur Andhra Pradesh. It also works on nutrition interventions in the urban poor and rural.

Millets are riding high at the moment thanks to the exertions of nutritionists and vigorous promotion of imported millets. What does the future hold for them? They hold great promise to ensure food security in the unpredictable Age of Climate Change but will their allure be enduring enough for masses (as well as trendsetters) to change dietary preferences? A number of creative chefs in India and abroad are designing millet menus offering everything from starters to dessert.

The real challenge in our country lies in presenting regional 'classics' in millet incarnation. Aspirations, not prescriptions are what drive our desires!