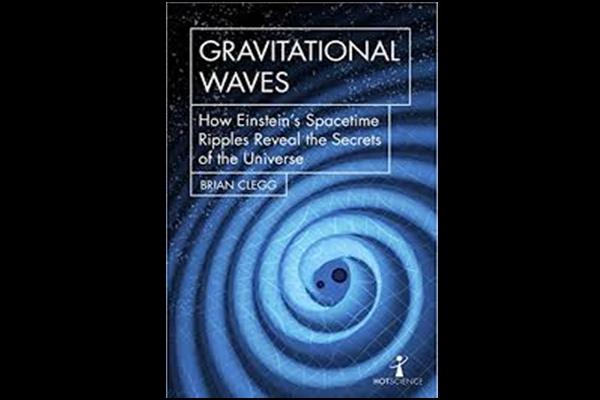 Recording the occurrence of a celestial event, far away across deep space and eons after it happened, may not seem a pathbreaking scientific achievement, even if happened almost a century after a great scientist had set out its possibility. But the 'observation' of gravitational waves as a faint, brief sound is important, even if it doesn't affect us directly.

Hailed as the scientific breakthrough of the century, LIGO's (the Laser Interferometer Gravitational-Wave Observatory) validation of existence of gravitational waves, predicted by Albert Einstein in 1916 as an outcome of his general theory of relativity, was said to eclipse the successful search for the elusive Higgs boson (the "god particle").

But headlines apart - and wrong ones at that as well as other wrong perceptions about LIGO's achievement, as this book shows, the discovery was a paradigm shift in both scientific knowledge and scientific method, contends author and science populariser Brian Clegg.

However before we come to these, he says we need to do some basic groundwork to understand the discovery, from how Einstein "predicted the existence of gravitational waves almost exactly a century before the discovery (a coincidence that would itself make some wonder if the whole thing was a hoax)".

Then, there is the "controversy surrounding early attempts to detect gravitational waves using massive metal bars", the "brave step into the dark that led to LIGO despite, rather than thanks to its management", and a look into "remarkable cosmological events involving black holes and neutron stars" that made these waves' detection possible.


But, first of all, says Clegg, for all those who had a poor relation/ or have fallen out of touch with physics, we need to understand what a wave is. And it's not just the ripples on water when a stone is dropped into it or the foamy water crashing on beaches, but what happens "under" the phenomenon.

From this, we come to the debates and experiments on the nature of light, and from that to another fundamental force of nature - gravity, via Galileo and Newton, and its effect on "spacetime" but more specifically to Einstein's general theory of relativity. And it was from this "brilliant mathematical model of the phenomenon", gravitational waves were predicted.

We also learn what gravitational waves actually are - as far as their manifestation is concerned, given that some descriptions in mass media are misleading.

Clegg, who actually begins with a terse account of LIGO finally recording the proof, returns to the theme from the third chapter, where he brings out the challenge of detecting them experimentally .This is vividly brought out by a scale table proposed by Caltech physicist Kip Thorne.

Take the familiar centimetre, says Thorne, a long-time researcher on gravitational waves and one of the LIGO founders, and then keep dividing by powers of 10 multiple times till you get to 10 to the power of minus 17, which is "the magnitude of the largest motion we may expect to see in the separation between the mirrors of a gravitational wave detector with arms a few km long".

This sets the stage for recounting all the difficulties in the equipment needed to detect gravitational waves since the effort began in the 1960s, the several false starts, the advances in astronomical sciences that helped, the genesis of LIGO, its teething problems - internal and external, till that evening in September 2015, where its purpose was vindicated. But as we see, the story doesn't end there.

While all this can also be found in Janna Levin's "Black Hole Blues and Other Songs from Outer Space", where Clegg scores, apart from a detailed look at the scientific rigour LIGO followed, is chronicling the shift in scientific method the search for gravitational waves represented, right from its early days.

This was in moving the observation from something that actually happened to "a statistical observation, something that had good probability of not being a random occurrence but couldn't be definitively said to have happened" (also followed in the case of Higgs boson, says Clegg.

And while proving the "dance" of neutrino stars, and the existence of black holes, it is this new technique that physics provides astronomy which might help us find the definitive origin of our universe - and its future.