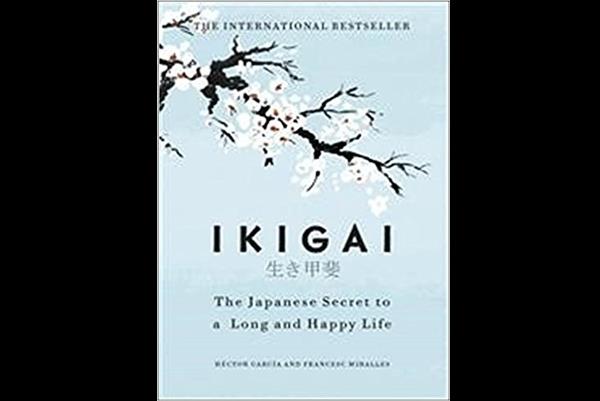 A British businessman once recounted that while holidaying in Asia, he met a Japanese man in the swimming pool, and as soon they found they had common commercial interests, the latter took out a waterproof visiting card to give him. This may speak volumes about their business practices, but there are other lessons we can learn from the Japanese too.

Try to imagine the Japanese and what may come to mind is a polite but focused and hard-working people that made their country a global economic power, but they also have an old and sophisticated culture and a way of life that sees the country having an exceptionally large number of centenarians -- and fairly active ones at that.

Technological expertise and a strong work ethic may not be a sole Japanese trait, but their culture, some of whose enduring expressions are their magnificent gardens, their exquisite cuisine, the arts of bonsai, ikebana and origami, their tea rituals, Zen and concepts like "wabi-sabi", make them worthy of study -- and emulation.

But the most important would be their concept of ikigai, whose essence is expressed in the old Japanese proverb: "Only staying active will make you want to live a hundred years." And, as this book brings out, it is based on no esoteric secrets or any special regimen of diet or exercise, but living fully and contentedly.

The co-authors -- Spanish-born Japanese citizen and author Garcia and bestselling author of lifestyle books and novels Miralles, who met up in a tiny bar during a rainy Tokyo night -- say they were discussing the questions that start to worry people (meaning of life, whether the point is just to live longer or have a higher purpose and so on) when "the mysterious word ikigai came up".

Ikigai, which "translates roughly as 'the happiness of always being busy', is like logotherapy (developed by psychologist and Nazi concentration camp survivor Viktor Frankl) but goes a step beyond", they say.

Take the residents of the country's southern-most island of Okinawa, where there are 24.55 people over the age of 100 for every 100,000 inhabitants -- far more than the global average. Along with climate, diet and activity, ikigai is cited as a reason why people of Okinawa live longer than people anywhere else in the world.

However, Garcia and Miralles, who researched ikigai with some heartening interactions with the island's inhabitants, especially of a town there with the highest life expectancy in the world, also found that there is no single book dedicated to bringing this philosophy to the West, and resolved to remedy the deficiency.

And in this insightful book, they reveal how simple ikigai is to understand and follow.

Beginning with a Venn diagram that shows what it is: At the intersection of personal capability, predilection, profession and the world's requirements, and how it benefits the residents of Okinawa as well as other Japanese, they explore the importance of both a sound body and mind -- and how some stress helps.

They then trace how ikigai developed from Frankl's logotherapy, predated by Japanese psychotherapist-cum-Zen Buddhist Shoma Morita's purpose-centred therapy, but transcended both, and its correspondence with psychologist Mihaly Csikszentmihalyi's "flow" theory.

But Garcia and Miralles' work is not only about comparing theories -- which they do most accessibly with the help of some tables, charts and diagrams. They enliven the account with concrete, real-world examples, like of some Japanese craftsmen who exemplify the flow technique, including one who was Steve Jobs' favourite.

They continue in this vein with some advice from the centenarians -- from the world over, not only Japan -- feature traditions and proverbs from Japan, the diet that fuels Okinawa's ikigai, top it up with simple but highly beneficial eastern exercises spanning tai chi to yoga to qigong before coming back to how to achieve ikigai through its 10 rules -- the longest of which is seven words.

All this may seem basic common sense, but in our present, complex world, this is not very common. Try it and see -- it doesn't require much and there is not much to lose for you.