In the mid-1950s, the screening of a Hollywood film in a Karachi cinema ended with the place getting trashed. Eventually, its exhibition had to be stopped for it continued to "cause riots". On the face of it, it would seem an early example of the narrow-minded, destructive response of fundamentalist-minded Pakistanis towards the decadent West. 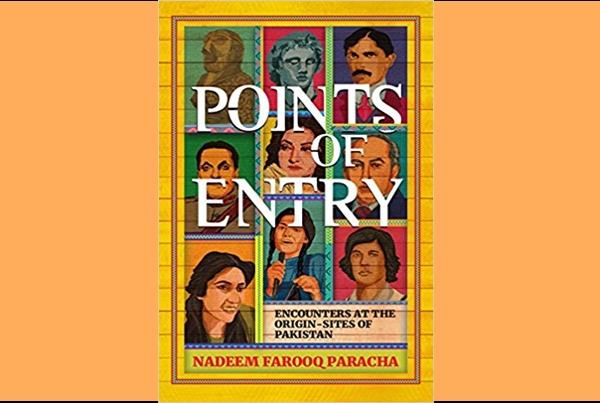 You could be excused for arriving at this conclusion -- given the overpowering, grim narrative we are used to hearing about the country; but in the case of Pakistan, the answer frequently can be counter-intuitively surprising.

For, as columnist, cultural critic and historian Nadeem Farooq Paracha recounts, citing his mother who was also present during the "riot", it wasn't a protest but enthusiasm. The young men -- and women -- in the audience were so entranced by Bill Haley's "Rock Around The Clock", that they stood on their seats to "dance, whistle, hoot, shout, not realising they were wrecking the place" for the music made them "crazy".

This is not the only example of the complex, multi-layered reality of Pakistan, for as he shows in these insightful and eye-opening essays, it is "more than the sum of its news-making parts" of fundamentalism and feudal mindsets, suicide bombings, the military-dominated polity, and so on.

Under these, particularly the murderous depredations of extremists seeking to foist a narrow, uncompromising view of a complex society, are overshadowed how the country also hosts the region's oldest planned habitation, abiding memories of the world's greatest conqueror, and the last resting place of a saint revered in two religions -- under two names.

Then there are residents from the country which would eventually become its closest ally, and a vibrant musical scene, spanning folk to rock, which even flourished under a regressive and repressive military dictatorship.

And all these people, influences and memories, says Paracha, are equally important to find an answer to the question that has perplexed, and even haunted, the country since its creation and the vicissitudes it has subsequently faced: "What exactly does it mean to be a Pakistani?"

Posing this question against the backdrop of the two distinct but conflicting tendencies -- theocratic and modernist -- in Pakistani civic nationalism, he shows the geographical and cultural diversity of the new country (much like its larger, separated neighbour) made the state quite apprehensive -- till 1973, when the third Constitution was adopted.

There was the fear that "this ethnic, religious and sectarian diversity would somehow negate the theory that had rationalised the emergence of a separate Muslim-majority country", even though the Quaid-e-Azam had envisaged such a diversity to ensure a dynamic country.

Paracha goes on, with a mix of personal experience and the influences of internal and external political developments -- the 1971 war with India, which halved the country's size, the Zia-ul-Haq dictatorship and its Islamisation, the "War on Terror" and so on -- on the interplay of the theocratic and modernist tendencies, allied to this diversity.

Beginning with a rather unique, but tellingly incisive politico-cultural timeline, spanning from June 3, 1947, when the British decided to bifurcate India, to 2018, he begins with an account of his own visits to Mohenjo-Daro, and why it has been neglected. He also adds how his companion's lifestyle changed after a brief conversation with an old Sindhi guide there.

Paracha then goes on to sketch the continuing memories of Alexander the Great in the furthest limit of his quest to conquer the world -- and how it affected another of his acquaintances, a meeting with Tibetan Buddhists, how eight-century Arab invader Mohammed Bin Qasim became the "first Pakistani" (and a section of Pakistanis' indignant reactions) and so on.

Of most interest is how the cult of Jhuley Lal developed in Sindhi Hindus who had migrated to India, the genesis and modification of the subcontinent's most famous qawwali -- dedicated to Lal Shabaz Qalander of Sehwan, the history of Chinese residents of Pakistan, the Islamisation of "salwar-kameez" and the history of Pakistani film rock music and its off-screen avatar.

While these essays do portray a new idea of Pakistan, their value is also in the lessons they offer for other multi-cultural, multi-influence societies where efforts to create a reductionist history are underway -- though the consequences are known.

TAGS: Book review,   Points of Entry: Encounters at the Origin Sites of Pakistan,