Sree Padmanabhaswamy temple is a Hindu temple dedicated to Lord Vishnu located at Thiruvananthapuram, the capital of Kerala. The temple was in the news for the finding of immense treasures by the Archaeology department. The shrine is currently run by a trust headed by the royal family of Travancore. The Maharajahs of Travancore are the descendants of the great saint and Chera King, Kulashekhara Alwar. 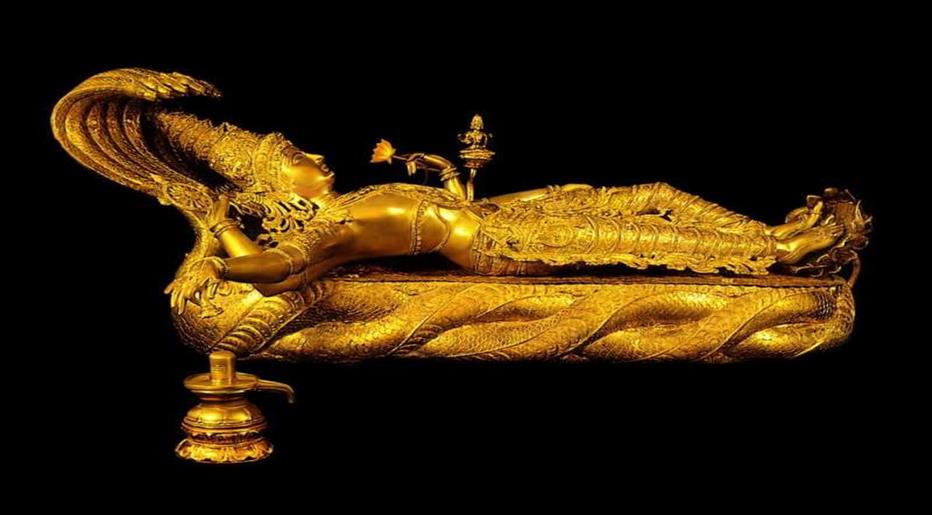 The principal deity, Padmanabhaswamy, is enshrined in the "Anantha-sayanam" posture (in the eternal sleep of Yoga-nidra on the serpent Anantha). The Maharajah of Travancore bears the title, "Sree Padmanabhadasa (Servant of Lord Padmanabha)

The Temple is a replica of the famous Sri Adikesavaperumal Temple at Thiruvattar. Sri Padmanabhaswamy Temple gave its name to Keralas state capital - Thiruvananthapuram. Among other things, the temple is famous for having a secret vault that no human can ever open easily. Let us now revisit the history of the temple and learn more about the mysterious door. 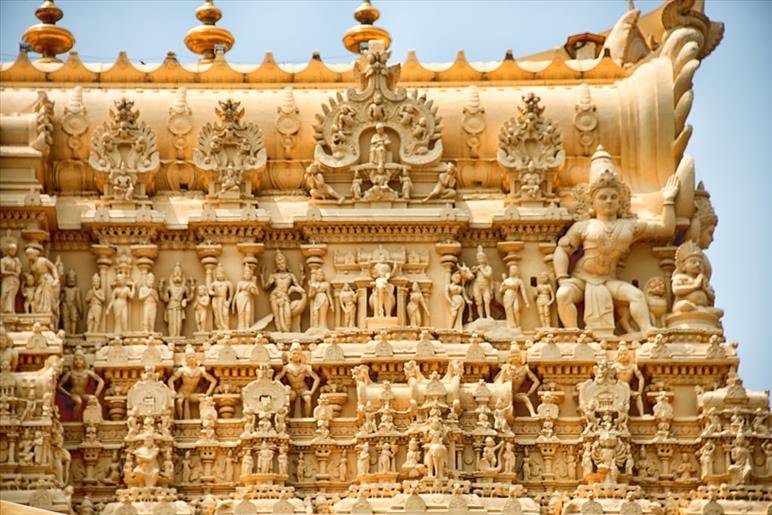 The temple is one of 108 Divya Desams (Holy Abodes of Vishnu)  principal centres of worship of the deity in Vaishnavism. The temple is glorified in the Divya Prabandha, the early medieval Tamil literature canon of the Tamil Alvar saints (6th9th centuries CE), with structural additions to it made throughout the 16th century CE, when its ornate Gopuram was constructed.

Saligrams (black stones with embedded fossil amonites) found here are from the banks of the Gandaki River in Nepal, and to commemorate this certain rituals used to be performed at the Pashupatinath Temple. The deity of Sri Padmanabha is covered with, "Katusarkara yogam", a special ayurvedic mix, which forms a plaster that keeps the deity clean. The daily worship is with flowers and for the abhishekam, special deities are used.

The platforms in front of the vimanam and where the deity rests, are both carved out of a single massive stone. The Deity is visible through three doors  the visage of the reclining Lord and Siva Linga underneath the hand is seen through the first door; Sridevi and Divakara Muni in Katusarkara,

Among the six kallaras or chambers in the Temple, Bharatakkon Kallara (Chamber B) is very closely associated with Sri Padmanabhaswamy. It is not a part of the Temple Treasury. The holy Chamber houses a Srichakram, an idol of Sri Padmanabha and many valuables meant to enhance the potency of the Principal Deity.

For documentation purposes, these vaults have been designated as vaults A, B, C, D, E and F. While the rest of the vaults are at least opened eight times in a year, the main vault is Vault B. This chamber is being considered by the Trust members and other learned astrologers of India, as a highly mysterious, sacred and risky and dangerous to unveil it. 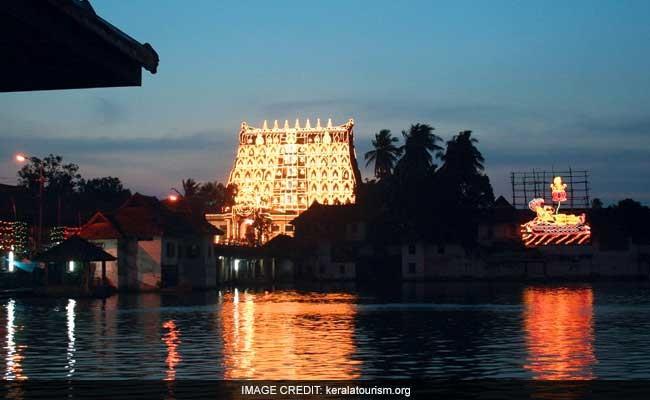 Well, more than the heritage it is the legends of the temple that has been handed down for centuries now  one is not allowed to enter the temple if they havent taken up Hinduism as their only faith. Also, there is a strict dress code and one must follow it. The basic necessity being ultimate faith in Vishnu.

Archaeological trip down the Vaults

In the year 2001, the Archaeologists entered the chamber Vaults with the help of Temple Priests. The vaults were labelled from A to F. What was found in Vault A, literally rendered the team speechless and star-struck  there were gold coins dating back to ancient times, gold necklaces as long as nine feet and weighing about 2.5 kg, there was almost 1 tonne gold in form of rice trinkets, sticks made of the yellow metal, sack full of diamonds, gold ropes and so much more.