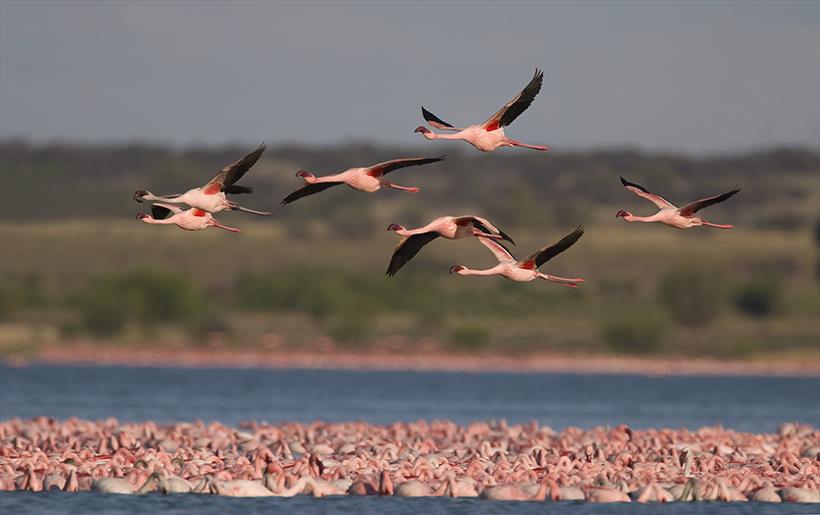 World Migratory Bird Day this year breaks new ground with the campaign being a joint exercise between UN Environment's Agreement on the Conservation of African-Eurasian Migratory Waterbirds (AEWA) and the Convention on Migratory Species (CMS) on the one hand, and Environment for the Americas (EFTA) on the other.

As well as unifying their voices in the cause of bird conservation, as part of the UN Environment's broader campaign to combat pollution, AEWA and CMS hope to learn from EFTA's experience of conservation work in the Americas. Other parts of the world might also learn that the prohibition on the use of lead shot over wetlands in the US and Canada in 1991 has brought environmental and health benefits -- for people and animals alike.

Lead is poisonous, affecting the blood, the nervous system, kidneys and reproduction. Since lead's toxic effects have become apparent, its use has been progressively phased out for many domestic applications. It is no longer used in paints, plumbing or petrol.

CMS and AEWA are based in Bonn, and the city's most famous son is Ludwig van Beethoven, who was born in 1770. Tests on the composer's hair show that he had high levels of lead that may even have accelerated his death and probably contributed to the ill-health that plagued him most of his adult life. 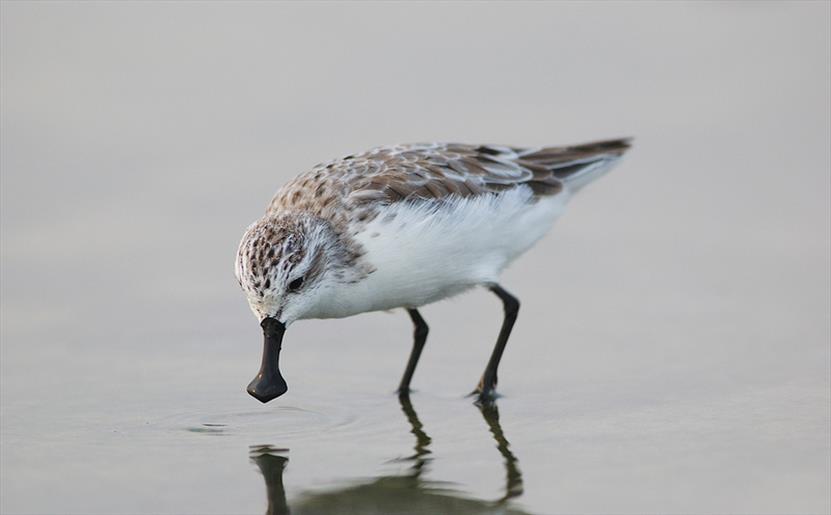 Spoon billed Sandpiper by Smith Sutibut. Image courtesy -http://www.worldmigratorybirdday.org
When it comes to birds, there are two groups most vulnerable to lead poisoning, the first being the group of species AEWA takes care of: Waterbirds, which eat lead pellets that fall to the ground and into ponds. Having no teeth, waterbirds eat gravel to grind the food in their muscular gizzards and they mistake lead shot for grit.

One 30-gram cartridge contains between 200 and 300 pellets and one pellet is enough to reduce the effectiveness of the immune system and have a negative impact on fertility. Two to 10 pellets can lead to chronic poisoning, symptoms of which are drooping wings, weight loss, abnormal behaviour and reduced ability to escape predators. Ten pellets will normally result in the death of a bird. This could seem a minor issue but in France, for example, the lead disseminated through the cartridges was in the same of order of magnitude as the lead emitted by the cars in the late 1980s.

The other group of birds heavily affected by lead are the raptors which tend to suffer from secondary poisoning, ingesting pellets lodged in the bodies of their prey or eating contaminated carcasses.

The California Condor (Gymnogyps californianus), significant in the cultures of many indigenous peoples, became extinct in the wild in 1987 due to poaching, habitat loss and lead poisoning. There were still enough live specimens in captivity, and the reintroduction of the species began in 1991. However, the success of the programme which has seen the world population grow beyond 400 individuals, could be jeopardised because of continuing losses to lead poisoning as demonstrated by a comprehensive study led by environmental toxicologists at the University of California-Santa Cruz.

It is this secondary poisoning that is the greatest threat to people. A lead shot pellet is likely to pass through the digestive system before much harm can be done but various studies have shown some bird species regularly consumed by people have high levels of lead -- in some cases far exceeding World Health Organisation safety norms.

Modern society has recognised the dangers posed from lead in the environment and technological advances have made the metal's use in any domestic applications such as in waterpipes and paints obsolete.

Lead shot pellets and fishing weights remain a significant source of lead pollution. The Parties to AEWA have repeatedly called for a ban of lead shot in wetlands but progress is slow.

At three per cent, Denmark has the highest percentage of hunters in the population in Europe and the country initiated restrictions on lead ammunition in 1981 and instituted a total ban in 2000.

Of course, the hunters have had to adapt their behaviour, shortening the shooting distance but after some years, the effectiveness (average number of shots per bagged animal) is back to previous levels. Experience in Denmark shows that satisfactory alternatives to lead ammunition exist and here the hunting community has shown its willingness to adapt and in doing so has demonstrated its commitment to protecting the environment.

Birds are facing many pressures and phasing out lead ammunition to avoid unnecessary mortality will have an immediate positive effect, both on the birds and the state of our shared environment.

It is my fervent hope that hunters in other countries will follow their Danish colleagues' lead. By increasing demand for alternative ammunition and fishing weights, manufacturers will be encouraged to develop more, better and cheaper products. This will create a virtuous circle which will consign lead ammunition to the dustbin of history alongside lead piping, lead paint and leaded petrol.

(The article is by Dr. Jacques Trouvilliez. He is the Executive Secretary of the Agreement on the Conservation of African-Eurasian Waterbirds [UN Environment/AEWA])