When one thinks of the most visited countries in Europe, Italy is by far one of the most cited, after all its attractions cater to all tastes and profiles, including beautiful beaches and amazing cuisine. Although young, it has an extremely rich history, portrayed in the thousands of monuments that can be found throughout its length & breadth, making this destination ideal for those who have a zest for knowing the local history.

Works of art, on the other hand, should not be treated as a separate case, since it is possible to find them not only in museums and galleries but also in the religious monuments of Italy, such as the famous Sistine Chapel. The religious scripts, by the way, deserve special attention even from those who are not adherents of Catholicism.

But it is when we speak of exuberant, medieval and bucolic landscapes, that this destination gains even more prominence, charm and a special romanticism. It is not an exaggeration to affirm that the romantic cities of Italy must be visited by traveling couples at least once.

Romantic cities to visit in Italy

Image by darrenquigley32 from Pixabay
Of all the romantic cities to visit in Italy, Verona is considered one of the most special if not the one that wins the top of the list. It was here that the novel of Romeo and Juliet, written by William Shakespeare was born and is kept alive until today, being undoubtedly one of the main attractions for couples of the whole world. 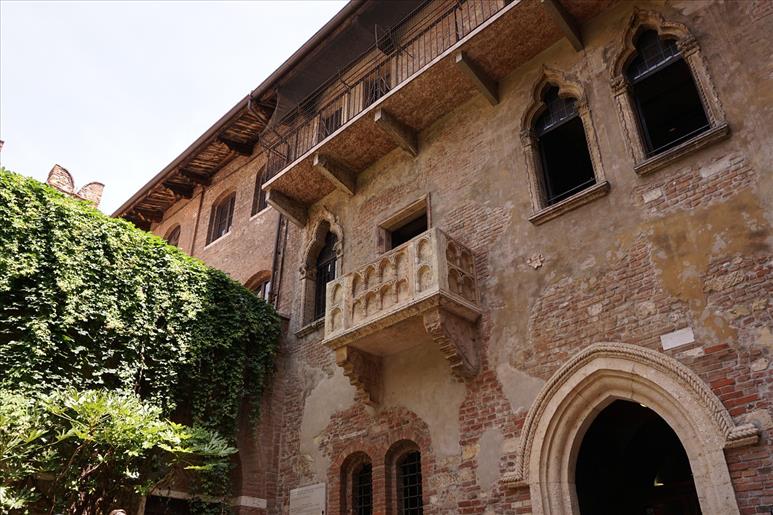 Image by Andreas Lischka from Pixabay
The main tourist point of Verona is the Casa di Giulietta, a Gothic-style 1300s house and museum, with a stone balcony, said to have inspired Shakespeare, where you can find a statue of the character and it is possible to make a brief trip in time using the imagination, but make no mistake: the city also has several palaces and charming streets, that the air of romanticism is felt in every corner.

Positano
Though the place has no romantic history as such, Positano also figures in the list of romantic cities to visit in Italy, providing couples an unforgettable stay. 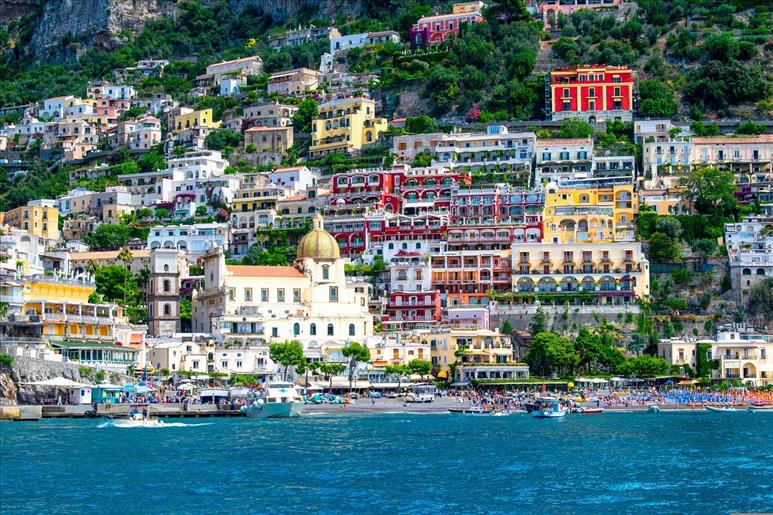 Image by darrenquigley32 from Pixabay
Here the dream of "fleeing from everything and everyone" becomes possible to be realized, considering that the town, the size of a village, is literally a mountain retreat with dozens of colorful buildings and graceful streets. To complete the experience, nothing more romantic than a dinner overlooking the sea. Make sure you chose the right hotel room.

Image Courtesy Walkerssk from Pixabay
Considered the cradle of the Italian Renaissance, Florence is the main city in Italy that art lovers should visit, and there are still countless attractions for couples seeking romance. A visit to Michelangelo's statue of David is mandatory either at the Galleria Dell'Accademia or at the Pallazzo Vecchio square, as well as a visit to the Uffizzi Galleria. 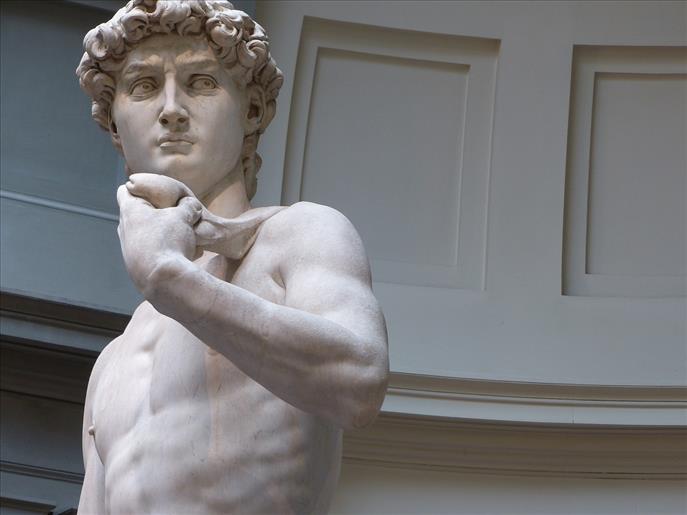 Image Courtesy christian hardi from Pixabay
The romantic walks are easily initiated along the city streets, especially the walk on the road via dell'Erta Canina, one of the most picturesque areas of Florence, to feel the magic climate of Tuscany. An indispensable item for visitors to the region, by the way, is the famous local wine, capable of making any moment unforgettable.

Perugia
Perugia is surrounded by a breathtaking green area, especially when the mountains add to the medieval landscape of the city itself. 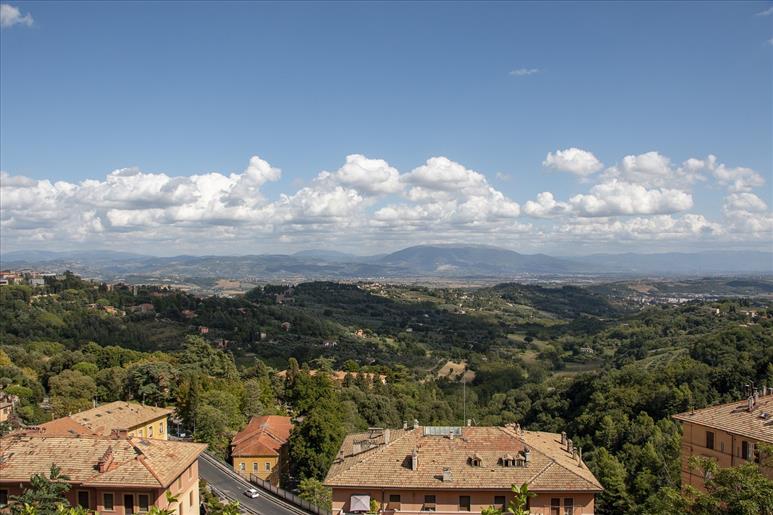 Couples choosing this destination when planning a trip to Italy will not regret it. It is possible to enjoy incredible dinners with local produce in an unforgettable setting, while doing a true immersion in art.

Sorrento
Also on the Amalfi Coast, like Positano, Sorrento is considered one of the romantic cities to visit in Italy due to similar features: houses and monuments built on top of a hill, which brings an unique charm, and of course an incredible view to the sea.

The best option for a stay in the city, in addition to sampling the traditional Italian ice creams, is to try also the limoncello, lemon liqueur produced in the south of the country. To end the day in the most romantic way possible, a tour to Villa Comunal, from where you can see Vesuvius and Naples; and watching a spectacular sunset, is a must.


Vernazza
Vernazza is located in the Cinque Terre region, made up of four other cities, Riomaggiore, Corniglia, Monterosso and Manarola, and when compared to other Italian destinations it may not have so many attractions, but it is still one of the main choices for those who looking for a romantic city in Italy, mainly to spend the honeymoon.

One of the main reasons for this choice is the unforgettable view that can be enjoyed, along with the atmosphere of romance that can be enjoyed in the streets, shops and restaurants. For a cultural tour, the request is a visit to the church of Santa Margherita di Antiochia, ornamented in the Gothic style and made of stone.

Venice
Fleeing a bit of bucolic climate and medieval constructions, Venice enters the list of romantic cities to visit in Italy because of its unique charm, characterized mainly by the famous gondola rides, obligatory for any couple.

The walks along the Rialto Bridge and Piazza San Marco, along with a visit to the top of the Campinale, help make the itinerary more romantic.

Orvieto
Orvieto takes us back to the medieval era, with numerous historical constructions, such as the Albornoz Fortress, from the 14th century. 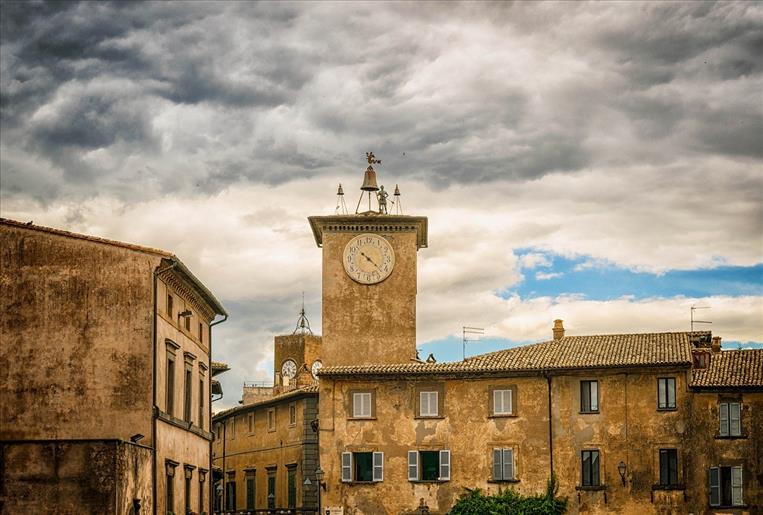 Imagine staying in a romantic city of Italy with medieval airs and enjoying a typical 16th century meal ... In Orvieto this is possible. Stands out with regard to literally transporting the visitor to another era.


Modena
With more urban airs, bigger city, Modena is full of historical sights, with two of them gaining special highlight: the Museo Enzo Ferrari and the famous Umberto Panini Collection.

The romanticism of the city, of course, is not found in superpower cars, but rather in the charming snowy peaks and wineries that it owns and that, together, give any trip a special touch.

Taranto
Gathering a complete collection on Greek history at the Museo Nazionale Archeologico, Taranto attracts hundreds of tourists as well as couples. Among the tours that can be made, the most special, which even suits the mood of romanticism, is a visit to Castello Aragonese.

Many of the romantic cities to visit in Italy can be known in a short time, using a car to facilitate the itinerary. Get to know the services of Elmocar and plan your trip in order to know all points of interest with safety and total autonomy.