Faith can move mountains. But when distorted and misplaced, it can demolish lives, families and much more. And this destructive tendency can even manifest itself in places far away from an area of savage religious strife. Say, an idyllic Indian Ocean archipelago nation, whose people are being drawn into the violent maelstrom of the Arab heartlands. 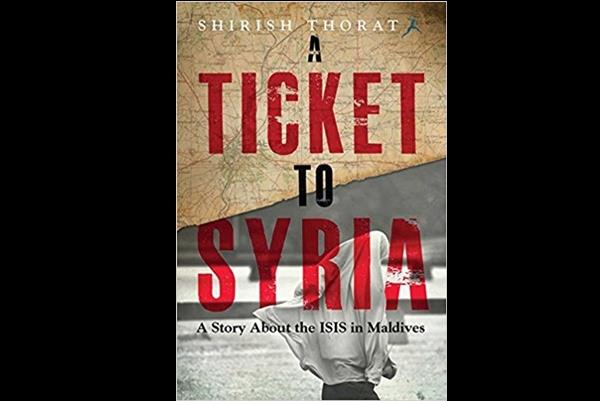 The Maldives may be a tropical paradise, but there is great trouble afoot for it has emerged as an unlikely, but very fertile, breeding ground for Islamist jihadists.

"Despite its very modest population of approximately 350,000, the Maldives has the highest recruitment percentage when it comes to its citizen leaving to engage in jihad either alongside the Islamic State or the Al Qaeda," reveals author Shirish Thorat in a factual introduction to this pulsating but disturbing thriller.

And, as he shows, there are no signs that anything serious is being done to tackle this worrying trend at the national level.

But any problem comes more to attention when it is related to actual people, rather than being dealt in abstract terms and that is what Thorat, an Indian policeman-turned-terrorism, money laundering and risk-mitigation expert does in his latest book.

Thorat -- who has written a Marathi thriller on 26/11 and, in "The Scout: The Definitive Account of David Headley and the Mumbai Attacks" (2016), co-authored with Sachin Waze, offered a riveting and plausible reconstruction of their preparation and course -- also bases this on a true incident he dealt with in his vareer as a security consultant.

"The names, places and sequences of events have been changed for obvious reasons and I leave it to the reader to determine which parts are fact and what is necessarily fiction," he says.

The story starts with another consignment of mostly eager Islamic State recruits, including a batch of Maldivians, being ferried across the Turkish-Syrian border to the group's "capital" Raqqa, but its impact comes subsequently.

This is when, back in the Maldives, doctor Sameer Ibraheem, just back from an internship in India, finds all his other siblings -- two brothers and three sisters -- have, just two days back, voluntarily and surreptitiously left for the jihad in Syria, along with their spouses and infant children.

Also concerned is prominent businessman Ahmed Idris, whose sister Zahi is married to one of Ibraheem's brothers and is part of the same group. As he and Ibraheem join forces to see what they can do, they find that their government is not only unhelpful but hostile too, and even childhood friends can turn traitors.

But Idris has another card up his sleeve -- a "Contact" in the US whom he has seen ably deal with matters like this a few years ago. And then he receives a call from Zahi -- who has been taken away on false pretences and had a phone she bought in a whim on the way that the others don't know about -- to seek his help to get her out.

The "Contact" -- whom many people who know the author will find familiar -- then calls in a series of favours to mount a desperate rescue operation. Will they extract Zahi, who is witnessing some harrowing situations? And what happens when the IS learns of the "Contact" and identifies him as a threat?

Ranging across the deceptive security of the US, the violent Middle East, the Maldives and India, and involving FBI agents, oil-smuggling tanker captains, travel agents who can offer much other than tickets and tours, well-connected Gulf businessmen, jihadist filmmakers, oblivious politicians, unscrupulous preachers and more, Thorat offers an unsettling look into a deadly but much-ignored security issue.

Alongside, there is an incisive but lucid view of Islamist movements and how they found an outcome in the IS, a look into the vested interests which curb eradication of terror and a perceptive look into anti-terror operations.

There are a couple of sticking points -- such as the motivations and means behind the efforts by the "Contact", but, on the whole, it is a terrific, taut story -- and a compelling look into an issue that is screaming for attention.

Let's hope this book does the trick.