As a tribute to the men and women who laid down their lives in the Second World War, the Madras War Cemetery was set up in 1952 by the Commonwealth War Graves Commission. It is located in Nandambakkam, Chennai and is currently maintained by the CWGC in partnership with the Government of India. 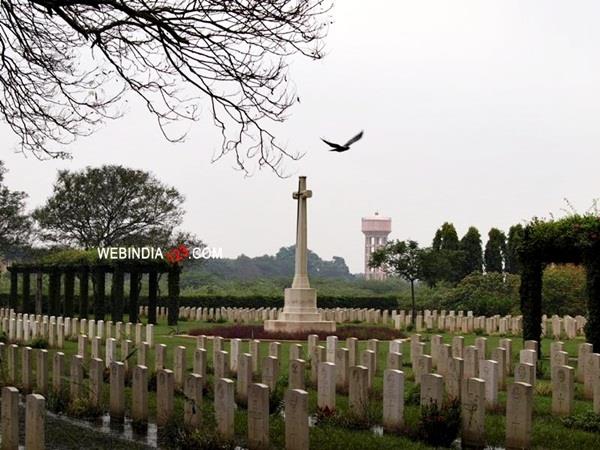 The Stone of Remembrance greets the visitor to the Madras War Cemetery with the words from the Book of Ecclesiasticus 'Their Name Liveth For Evermore'.  Then there is the Cross of Sacrifice, which is set up on an octagonal base bearing a bronze sword upon its shaft.  These two monuments are common to all large CWGC cemeteries. 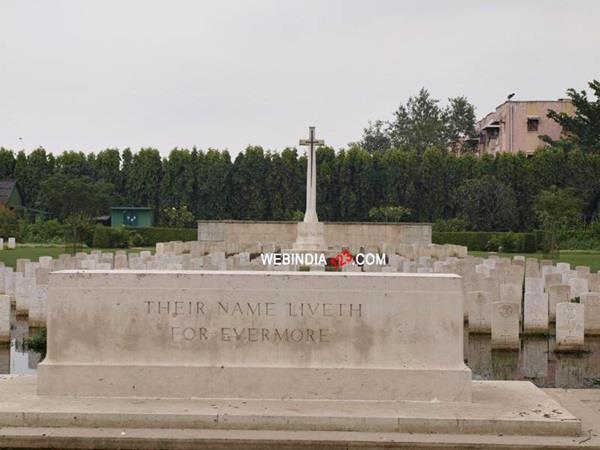 The Madras War Cemetery honors 855 men and women from the forces of different countries who died during the war of 1939 - 1945.  It has been a kind of second burial for these armed forces personnel, who died in the line of duty at different places while serving in various units during the war.  Most of the graves were brought


together from civil and cantonment cemeteries in the South and East of India.  There is also a memorial commemorating a merchant seaman who was buried elsewhere.  The Cemetery also has three non-world war graves. 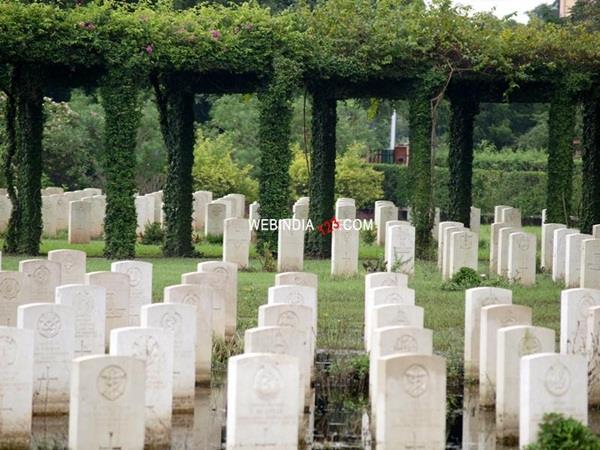 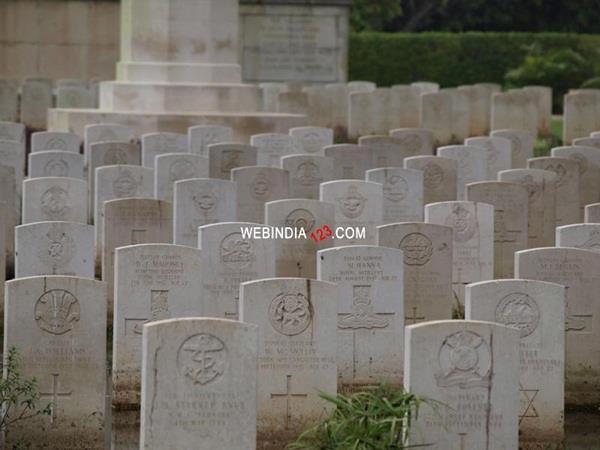 November 11th, Armistice Day, which signifies the end of the Second World War, is celebrated here every year.  Wreaths are laid at three places - the Stone of Remembrance, Cross of Sacrifice and at the First World War Memorial.  The bugle is sounded after the wreaths are laid, then the Guard of Honour reverse arms, after which the bugler sounds 'Just Rest'.  At the end of the bugle, 2 minutes of silence is observed. Then the bugler sounds 'Rouse'.  This is the way in which the graves are honored. There is also a small prayer service. 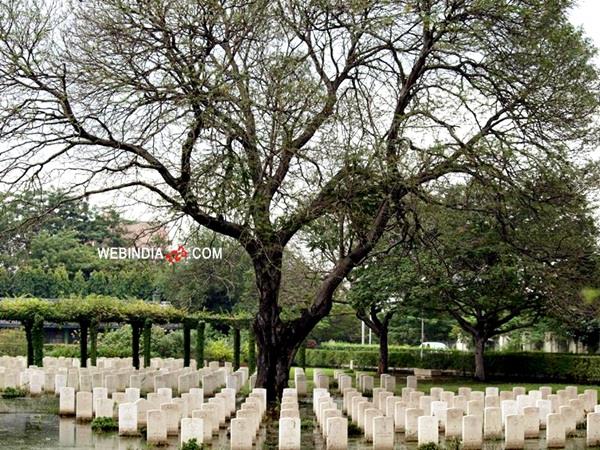 Every year a prominent personality is invited to grace the occasion and coronals are offered at the Stone of Remembrance and the Cross of Sacrifice, accompanied with a little prayer to pay homage to the departed souls.