Gifted with a resonating magical voice that captivated the refined listeners of Hindustani classical music for generations, Girija Devi played a key part in popularising and raising the profile of Thumri, that gave her the appellation 'Thumri queen'. 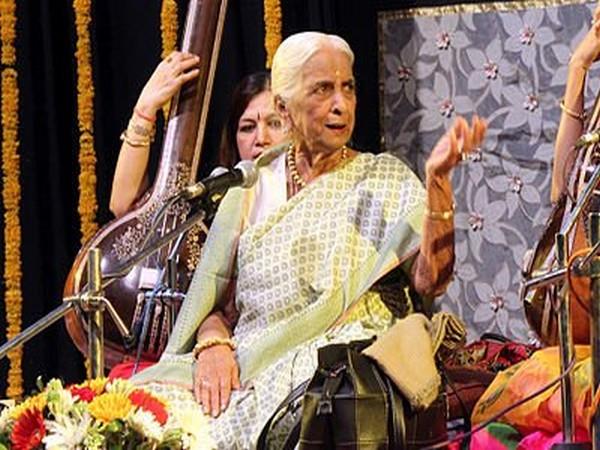 Born on May 8, 1929, in Varanasi, to a zamindar, Ramdeo Rai, Girija Devi began taking music lessons when she was a child of five years. Her first guru was vocalist and sarangi player Sarju Prasad Misra, and then Sri Chand Misra.

Girija Devi always loved to recount her childhood days in Varanasi, where "I considered myself more as a boy, than a girl".

Rai encouraged her to learn swimming, horse riding and stick fighting, which she loved, but never had much interest in studies.

"At the same time, I did play with dolls, and spent time arranging for my doll's marriage," Girija Devi said during an interview a few years back.

At that tender age, she learnt Khayal, Dhrupad, Dhamar, Tarana, Indian folk music and Bhajan. With Varanasi being a hub of both Hindu and Muslim classical singers, the elements from both traditions enriched her repertoire and increased her knowledge.

In 1949, Girija Devi as performance was aired by the Allahabad station of All India Radio, which had then just started its broadcast.

"During that time there was no system of audition or grading of artists. But I found from the contract forms that I was paid the same amount of money as these artists."

In 1952, she paid her first visit to Kolkata -- which became her home two and a half decades later -- to take part in the Sadarang Sangit Sammelan.

Groomed in the tradition of the Benaras and Seniya gharanas (lineage), Girija Devi was celebrated for her extensive collection of of rare traditional bandishes'.

The best in her came out when she performed in the purabi ang thumri style, and helped in elevating the genre. Her renditions of semi classical forms like Kajri, chaiti, and holi also mesmerised the connoisseurs of Hindustani classical music.

In 1978, after the formation of the ITC Sangeet Research Academy in Kolkata, Girija Devi shifted base to the eastern metropolis, after prodding from the institute's then director Vijay Kichlu.

She immediately fell in love with the city. "There is a deep love for music and culture. The musicians get lot of respect. The boys and girls are very keen learners.

"But studies take up so much of their time, they hardly have any free time to practise. In contrast, we used to practise for five/six hours".

In the early 90s, she also taught at the Banaras Hindu University, thus leaving behind a large number of students to carry on her legacy.

She performed extensively within the country and abroad and was widely feted.

Besides Padma Shri (1972), Padma Bhushan (1989) and Padma Vibhushan (2016), the stalwart was honoured with the Tansen Samman by the Madhya Pradesh government, besides receiving the Sangeet Natak Akademi Award (1977).

The Sangeet Natak Akademi award citation lauded Girija Devi for her renditions of 'Khayal' with "astounding clarity and control".

She was also a regular performer on All India Radio and Doordarshan with numerous CDs and audio cassettes to her credit.

However, Girija Devi never created any Raagas (Melodic modes in Indian classical music) of her own.

"Whatever compositions I sing, my Tappa, Thumri or Khayal, are all traditional. I never created any new Raaga. I only learnt what my gurus taught me, and not from any books," she once said.

Even at a ripe old age, Singing was her life force.

"If I can eat, walk, talk, then why should not I sing?" she remarked sometime before her 80th birthday.