His vegetarianism, teetotalism, non-smoking and concern for animals (his regime had stringent laws for their protection and mulled closing slaughterhouses) didn't prevent Adolf Hitler's megalomania, psychopathic racism and callous disregard for human suffering. But did these or a string of erratic decisions that lost him the war stem only from his strange mind or some external stimuli aggravate them? 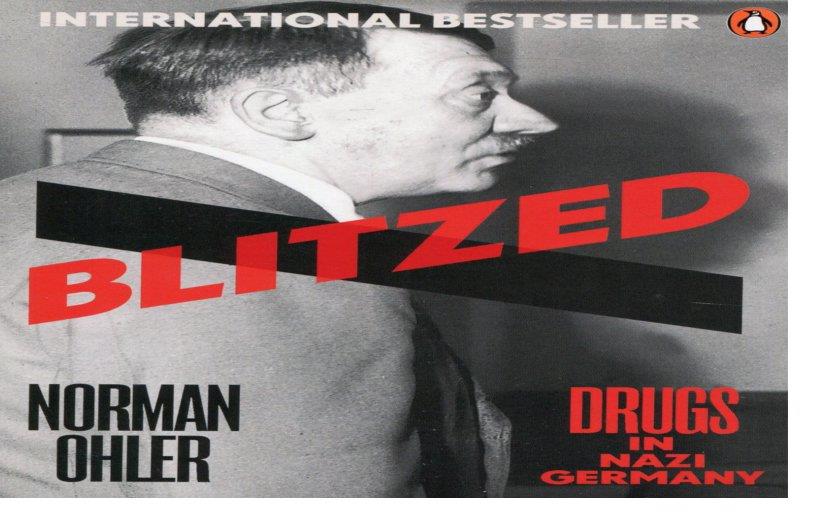 Or for that matter, what can explain the performance of his irresistible troops who vanquished Poland in barely over a month (helped by Stalin) and overran Western Europe within six weeks. Professional competence, their opponents' errors, belief in their messianic leader or something else entirely?

Behind both, contends German author Norman Ohler in this eye-opening book, were drugs -- no matter how incongruous for a regime with a fetish for fostering pure and healthy living patterned on an idealised past, which launched a major anti-smoking campaign, and a strict anti-drug policy.

But, as is common to most ideological regimes, practising what they preach does not always happen and, in the process, quite a bit of what we know about the German conduct of the Second World War acquires a new aspect from Ohler's stunning revelations.

"National Socialism was toxic, in the truest sense of the word. It gave the world a chemical legacy that still affects us today: A poison that refuses to disappear. On one hand, the Nazis presented themselves as clean-cut and enforced a strict, ideologically underpinned anti-drug policy with propagandistic pomp and draconian punishments.

"In spite of this, a particularly potent and perfidious substance became a popular product under Hitler. This drug carved out a great career for itself all over the German Reich....," says Ohler, an award-winning German novelist, screenwriter, and journalist.

In this eye-opening book, which took him five years to research, visiting numerous archives in Germany and the US and interviewing witnesses, military historians and doctors, he first traces the role of 'Volksdrogge' (people's drug) Pervitin in enabling the "blitzkreig".

But this can only be seen in context with Germany's long tryst with chemical drugs, starting in the early 19th century and the unified nation becoming the world leader in producing opiates and cocaine.

Ohler goes on to recount these drugs' heavy domestic use in the "decadent" Weimar period after World War I and the Nazis' abhorrence and action against them after coming to power. While he details Hitler's first meeting and treatment by portly Munich doctor Theodor Morell who would go on to change the Fuehrer's life, the key part is about Pervitin.

Describing the genesis of the drug, comprising powerful stimulant methamphetamine, he sketches its effects (and side-effects) but above all its aggressive marketing to power the "new Germany" envisaged by the Nazis.

Germans, he notes, did not need much urging. "The so-called 'speedamin' landed like a bomb, spread like a virus, sold like sliced bread and was soon as much of a fixture as a cup of coffee," says Ohler, noting users encompassed students, nurses on night duty, secretaries, actors, writers, workers on conveyor belts, furniture packers, firemen, barbers, night watchmen, train and lorry drivers and even housewives.

And when the war broke out, Pervitin powered the stupendous performance of German arms -- but not without cost and controversy -- while the morphine addiction of another key figure resulted in a major strategic blunder.

Parallel is the story of Hitler, who once drew strength from adulation of crowds but from 1941 onwards to a varied cocktail of drugs injected regularly by Morell as Ohler seeks to investigate "what did Hitler really take, and what is its significance?"

Combining Morell's unique medicines ranging from sexual hormones to eventually cocaine, with Hitler's condition and surroundings and the war's progress, Ohler makes a compelling, quite convincing, case how the dictator's declining health and increasingly losing grip on reality affected the conflict's outcome.

Alongside there is also the story of how Morell also sought to benefit from his closeness to power to create his fortune from his questionable medical products before the advancing Allies destroyed his dreams.

While as noted, Ohler's account will spark a rethink about the Nazis, it will also have a resonance among perceptive readers about present conditions and the myth of strong, inspired leaders.
TAGS: Blitzed,   Blitzed Drugs in Nazi Germany,   Norman Ohler,   book review,   books,