The fight for camera performance has got intense in the mid-price segment, with Chinese smartphone makers Oppo and Vivo giving their best deals for the Indian consumers till date. 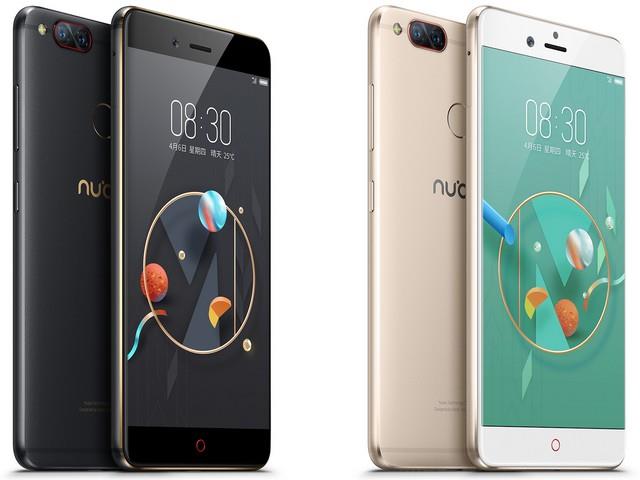 Another camera-centric Chinese player, nubia, has joined the fray with the Z17 Mini that comes with dual-lens combination (13MP+13MP) camera on the rear with 16 modes -- and a 16MP front snapper.

The Rs 19,999 device competes with Oppo F3 and Vivo V5s that play well on their camera technologies.

Z17 Mini is a well-designed smartphone, with full-metal body and aesthetically-placed components. The volume rocker and power button are on the right with a hybrid-SIM on the left. And below are the speaker grill and Type-C charging port.

Housed in aircraft-grade aluminium alloy, the Z17 Mini is a corrosion-resistant and anti-oxidative device. The rounded, contoured corners around the sides and back make it easy to hold with one hand.

The smartphone sports a sleek "red ring" around the camera and at the front to make the device stand out in the crowd.

It has a slightly protruded camera on the rear with a flash and centrally-aligned fingerprint sensor.

The 16 photo and video modes other than pro and normal modes will let users do great stuff -- be it clicking a star-trail photo or a trajectory. A star-trail photo shows individual stars as streaks across the image, with longer exposures resulting in longer arcs.

The device tops in low-light photography as well. Though a bit grainy, we receive well-lit images.

As far as the selfie shooter is concerned, the device doesn't disappoint in low-light conditions.

The Z17 Mini has several functions over its edge. Hold the edge and swipe inward to see the apps running in the background. One can scroll through different apps, "accelerate" the phone and even adjust brightness by swiping the display edges.

We hardly experienced lags. The phone heats up a bit -- but nothing alarming.

It has 2,950mAh battery that company claims to deliver a two-day backup. However, in our usage test -- that included internet on, surfing and five hours of multimedia consumption -- the device returned with nearly 21-hour backup.

Apart from the missing selfie flash -- that its close rivals have marketed superbly in the Indian market -- we didn't have major complaints with the device.