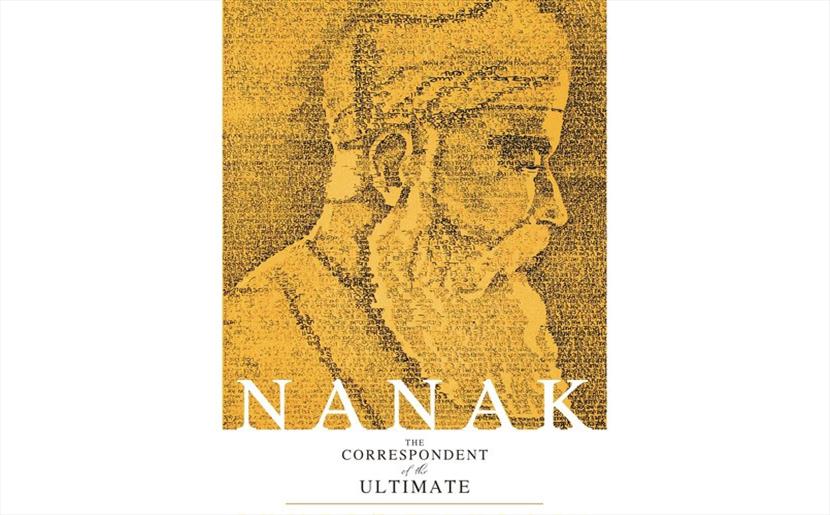 In every age, when humanity becomes mired in gross materialism, ritualistic faith and religious antagonism, there appears an inspired figure seeking to bridge the divide, show a better path and revive relations with the divine. These are no strangers to the Indian subcontinent and, among them, one of the most profound was Nanak.

While much of his teaching can be summed up in a prayer, formulated by his final human successor, ending "Nanak naam charhdi kala, tere bhaane sarbat da bhala" (rather loosely, "Nanak, with the (holy) name, comes rising positivity, with your blessings and God's will, may all be happy"), there is much more making him relevant to our times.

This is chiefly, but not limited to, how valid is religious observance if one harbours evil thoughts or performs wrong acts, how people should treat each other, and even -- more importantly for today -- what they can eat.

And this is what artist, photographer and writer Sumeet Arora seeks to bring out in this book, a coherent and realistic (as possible) account of the saint's life, the temper of his times and his key teachings.

But the issue is that while Nanak (1469-1539), whose teachings laid the foundations of what became Sikhism, is a comparatively recent figure historically, what we know about him comes from a few extant, rather hagiographic and often contradictory accounts, chiefly the four "janamsakhis".

These anecdotal accounts narrated down the generations, while depicting "his biography quite illustratively", cannot be relied for chronology or veracity. Then there is Bhai Gurdas' "vars", written close to a century after Nanak's death to weed out inaccuracies about his life, as well as many later works.

Aurora uses the oldest "Puratan" janamsakhi, the "vars" as well as the contributions of later scholars to "present the past as meticulously as possible".

Charting Nanak's childhood, spiritual development and reluctance to lead a conventional existence, his leaving home to wander around India and further as an itinerant preacher to spread his message of good thoughts and works, oneness of man and his religions, and compassion, it also analyses his key texts like "Japji Sahab" and "Asa di Var".

For those who have some knowledge of the religious figure, whose syncretism was manifested by his description as "Nanak Shah Fakir, Hindu ka Guru, Musalmanon ka Pir", there will be several points that strike a resonance as Aurora seeks to identify the genesis of some his best-known "shabads" in the events that inspired them, or recount events that have become near-legendary.

Take, for example, "Antar mael ji tirath nhave.." when Nanak visited Allahabad and saw the pilgrims on the banks of the Sangam, waiting for the dip that would cleanse all their accumulated sins, or the episode of the "duel" fostered on him by Muslim pir Wali Kandhari.

There are then the telling stories about Nanak sending his lifelong disciple, Mardana, to a nearby town with two paise (they were worth something then) to get a paise worth of truth and lies each, and gently rebuking a rich man of Lahore for vulgar display of wealth by asking him to carry a needle for him into the next world.

However, the story of his interaction with Babar will provide some food for thought to those seeing a recent part of Indian history in stark black and white terms.

Aurora, however, gets trapped in an old but knotty theological problem -- treating a religious leader as a conduit of divine will and miracles may explain their influence and followers but downplaying of the human attributes makes them exceptional and remote, which might have been far from what they intended.

Then his language, in places, gets a little too florid and jarring - use of verbs like "slouched" or "huddled" (for movement) or terms like the "ravenous eyes" of a thirsty man and more, and provided a transliterated version of Nanak's shabads, not only translations, to give an idea of their cadence.

On the other hand, his artwork as well as that of his father, gifted artist Devender Singh, complement the retelling of Nanak's story, which is always inspiring and beneficial to read.
TAGS: Nanak - The Correspondent of the Ultimate,   Sumeet D. Aurora,   Story of Guru Nanak,   life of Guru Nanak,   Guru Nanak,