Olappamanna Mana, one of the centuries old feudal Namboothiri homestead, located at Vellinezhi, a small village 40 kms away from Palakkad town in Kerala, less than 100 kms away from Cochin / Coimbatore / Calicut airports. Vellinezhi surrounded by the unpolluted river Kunthi on northern and western side, is literarily known as Thourathrika Gramam meaning the village with a perfect blend of Music, Rhythm and Dance. 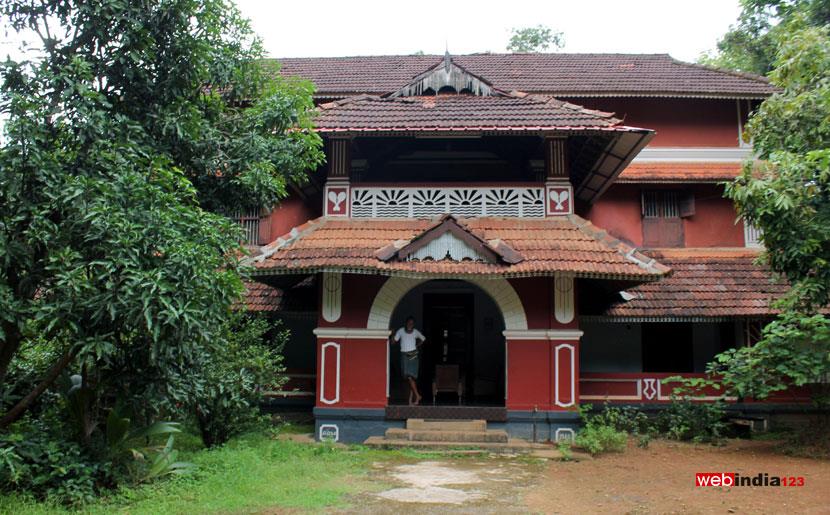 Olappamanna is the family name of feudal lords belonging to the priestly Brahmin Caste of Kerala, namely Namboothiris. They were patrons of art forms like Kathakali, Percussion, Classical Music, and Literature, Vedic and Sanskrit education, and were immensely rich, till the Land Reforms Act was implemented in Kerala during 1965-70. 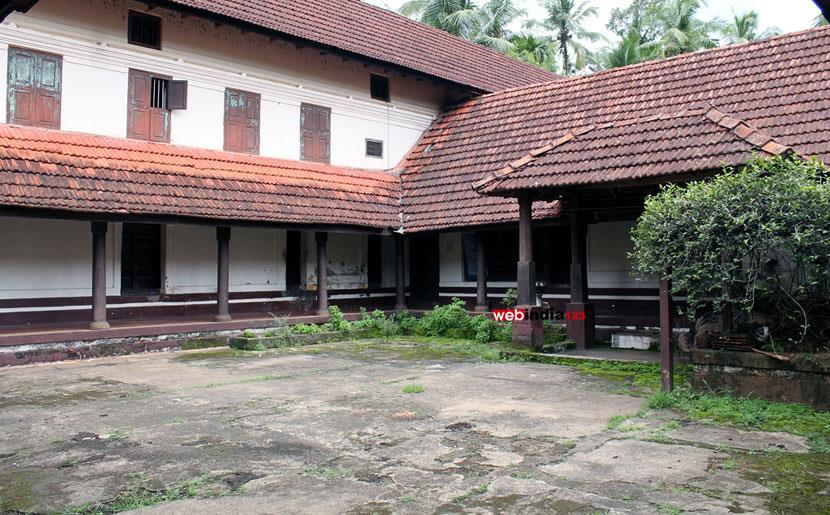 The present most popular form of Kathakali, namely Kalluvazhi Chitta named after the village of Kalluvazhi nearby, originated at Olappamanna Mana nearly 150-200 years ago. The Olappamanna Kaliyogam (School of Kathakali) where the style stemmed from, was relocated to Kerala Kalamandalam at Cheruthuruthy by founder & poet Vallathol for perfection of teaching the Art form.

Similarly a magazine exclusively for Poetry was published from this Mana during early 20th century. O.M.C. Narayanan Namboothiri Pad has translated the whole Rig Veda into Malayalam from Sanskrit.

World famous Carnatic Musician Chembai Vaidya Natha Bhagavathar used to teach in this Mana. The unique Rig Vedic institution at Thrissur namely Brahmaswam Madham is very closely connected with the members of this family for the last 200 years, and is still continuing.. 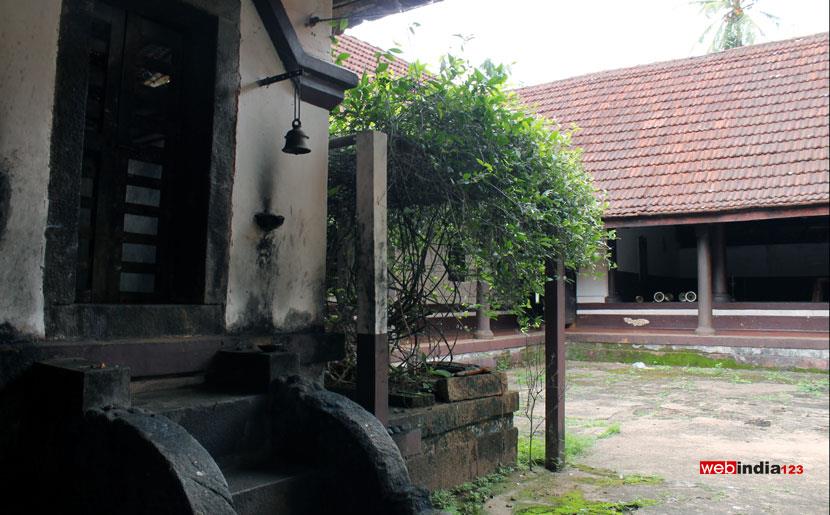 There is a temple inside Olappamanna mana, and annually in February, a temple festival is celebrated with elephants, melam and other rituals.

Since the land ceiling act came, the inmates had to leave all the splendour, as thousands of acres of land owned by them were taken over by the Government, without any compensation. Such a stringent land ceiling law was implemented only in Kerala State in India. 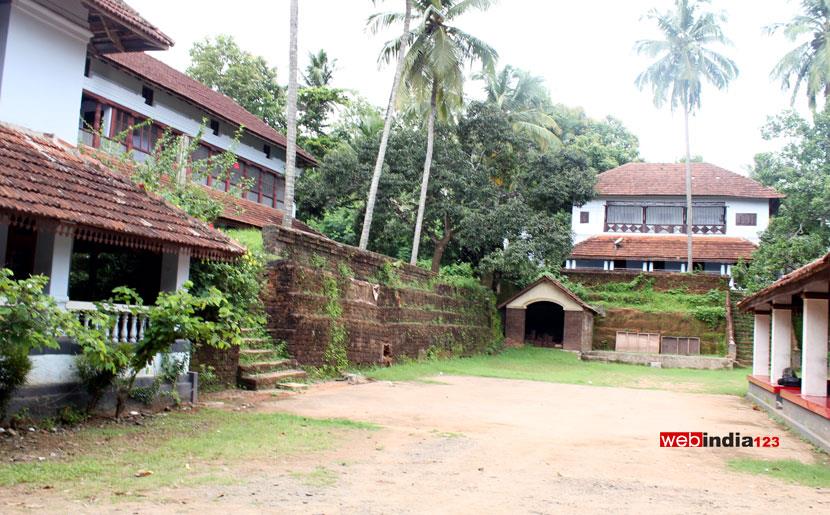 It has become impossible for the owners to stay in such a big house without sufficient servants and inmates. Now the main building is kept under lock and key, except for opening it every day morning and evening for conducting rituals to their family deity.

The maintenance of the building itself has become very costly and the present owners are struggling for want of funds. Its a pity that such architectural treasures has to face negligence from the authorities.

Now and then, the premises are given out for film shoots. 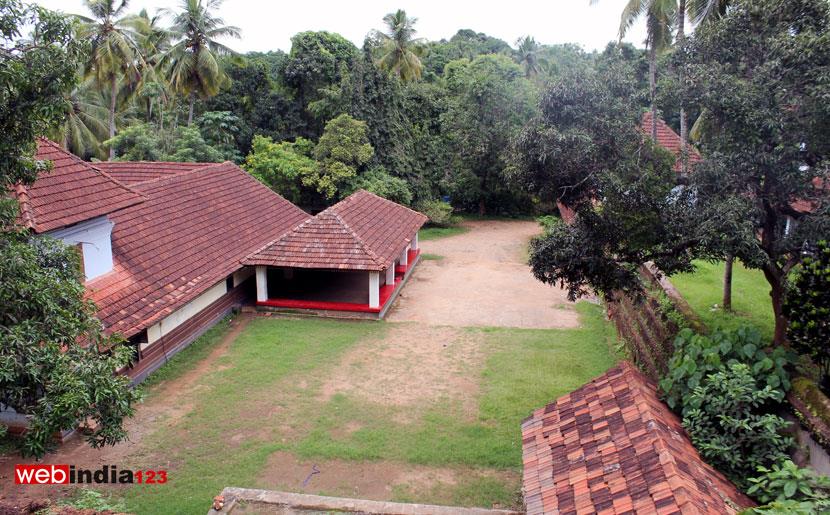 Now home stay facilities have been arranged for tourists inside the mana. 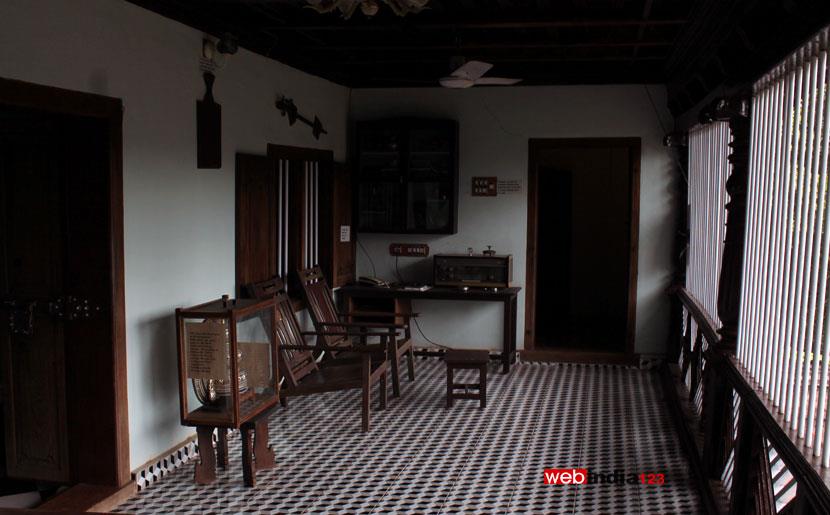 Olappamanna Dhamodharan Namboothiri is the present owner who takes care of this mana.