Medicine's loss was music's gain. She had planned to cure ailments of the body, but fate planned her to instead to minister to the soul through her incomparable voice -- and innovations. Schooled directly and indirectly by stellar proponents of her Jaipur gharana, Kishori Amonkar never remained bound by its style only to emerge as one of the foremost exponents of Indian classical music. 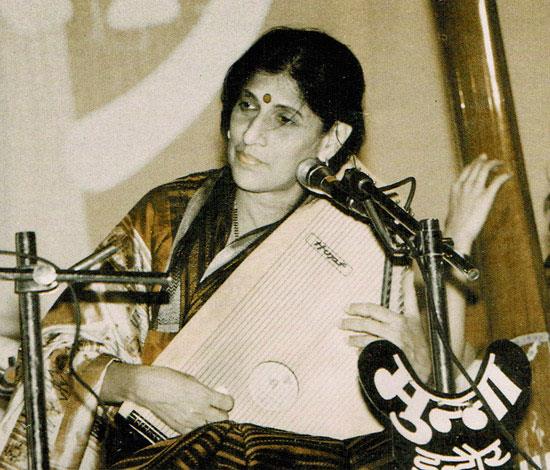 Incomparable and innovative Hindustani classical vocalist Kishori Amonkar
Always eclectic in outlook with her naturally sweet voice, and talent augmented by a capacity to assimilate, she was well versed in nuances of Western classical music (she thought Beethoven's Moonlight Sonata was something akin to the Indian tradition), appreciated light classical music -- with her favourites including Noor Jehan, Begum Akhtar and especially Jagjit Singh, whom she admitted to liking watching on TV.

But for all her innovations, Amonkar, who passed away on 3 April 2017 at 84 years, a week before her 85th birthday on April 10th, never went down the Bollywood path - regularly.

She had been convinced to do the title song for V. Shantaram's "Geet Gaya Pattharon Ne" (1964) but this had angered her mother, who had taught her Indian classical music was sacred. According to T.J.S. George's biography of M.S. Subbalakhmi, Amonkar recalled her mother telling her that if she wanted to enter the film industry, the purpose of her teaching would not be served and that she "might gain money and fame but lose much more".

And as her mother was renowned classicist Mogubai Kurdikar, who was a disciple of 'Gaan Samrat' Alladiya Khan, the founder of Jaipur gharana himself, including when pregnant with Kishori, it left a major impression.

As such, Amonkar imbibed her art from both her mother's guru and her mother, who brought all her three children up after her husband's untimely death. This unfortunate atmosphere ultimately helped for "all banal distractions were banished from the Kurdikar home, which was forever fragrant with musical and spiritual pursuits. Apart from their schoolbooks, the only other books the youngsters could lay hands upon were spiritual books, and each one was taught to respect the arts, the shastras and a disciplined way of life" (as per Ashok Rao in "Music Makers: The Living Legends of Indian Classical Music").

Amonkar, who was taught by her exacting mother in the exacting style of the gharana, characterised by correctness and purity of grammar and structure and balance between 'swar' and 'lay', recalled her mother, who had other students too, never gave her any special treatment, being rather more strict and demanding with her.

And while Amonkar proved a good and capable student of music, she also excelled in studies and sports (field events and table tennis) and wanted to be a doctor. But a case of sore eyes when she had to give the exam led her to devote her life to music. Even a spell of losing her voice did not stop her and she plunged into it with gusto when she recovered. (In this, she had a rare model. Ustad Alladiya Khan had also reportedly once lost his voice - and developed some features of the gharana's style to compensate for this).

What distinguished her was her eclecticism. Amonkar, who criticises the gharana system as unduly restrictive, also learnt music from a wide range of teachers, including Anjanibai Malpekar of the Bhendi Bazar Gharana, Anwar Hussain Khan of Agra Gharana, Sharadchandra Arolkar of Gwalior Gharana while Pandit Husnlal gave her instruction in lighter music. 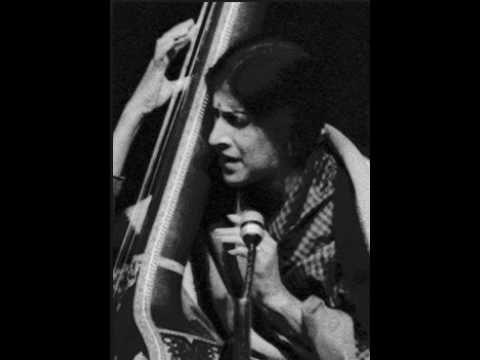 Amonkar, who was known for performing with her eyes shut, told Rao that this led her to named "the blind artiste" but explained this had developed due to her concern if she could connect with her audience.

"How many souls can you communicate with. How many atmaas can you please?It used to worry me... until I found the solution. Sing for God. If the Parmatmaa is happy, ordinary souls will also feel that happiness! That is why I usually sung with my eyes closed."

And despite pain in much of her singing, for Amonkar, music was always a path, never a destination, to happiness.
TAGS: Kishori Amonkar,   classical singer,   Hindustani classical vocalist,