Kodachadri peak, the 10th highest in Karnataka and the origin of the Souparnika River, 33 km from Kollur Mookambika temple is steeped in spiritual myths and legends. 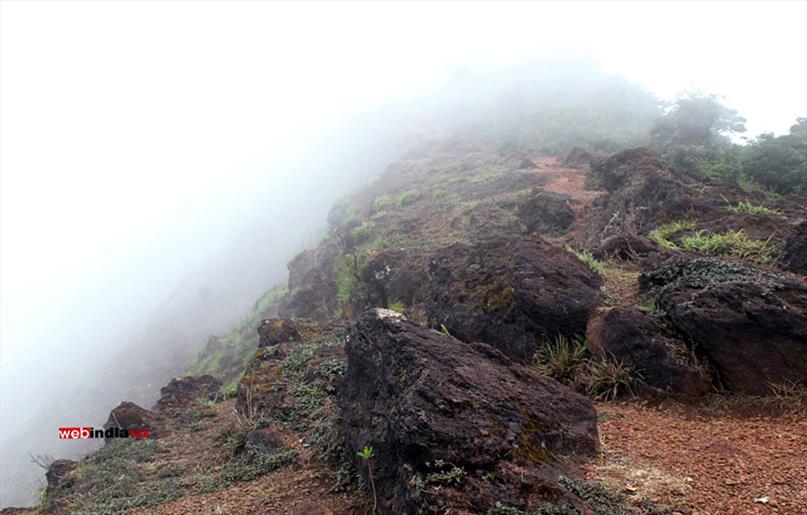 The way to the top of Kodachadri is one of the most dangerous trekking spots in south India. Karaghatta is the starting point for the trek to the top. Jeep services are also available from Karaghatta. 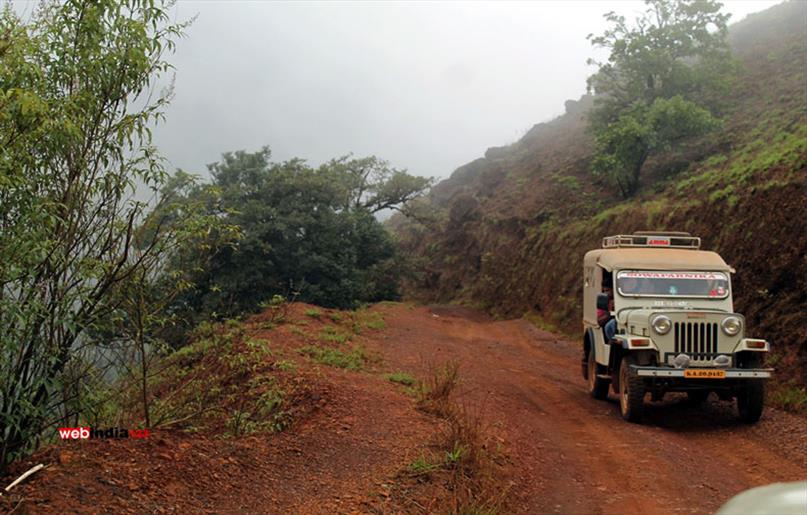 On a trip to Kollur Mookambika Temple we decided to visit Kodachadri hills, which is about 45 minutes ride from the temple. Karaghatta, well connected by Bus service on the way to Shimoga from Kollur, is the base from where the climb to Kodachadri hills begins.

We took a taxi from Karaghatta. During the course of the journey, at times we held our breath and held on to our seats We can understand the driving talent of the jeep drivers while they drive through the treacherous, narrow path. 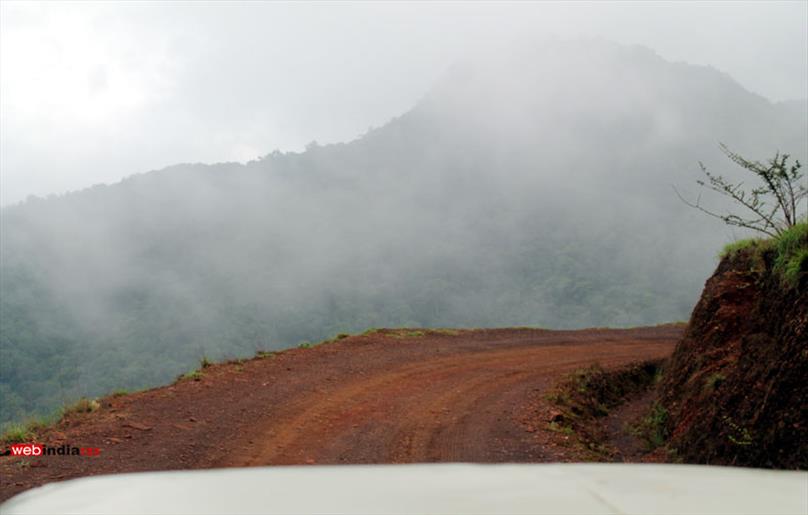 On the way we passed the Bhakti Vedanta village and teashop. After the long risky ride we reached the beautiful place kudajadri, which is declared a natural heritage site by Karnataka govt. The view from the top was spectacular. Lying at an altitude of 1343 meters above sea level in the Western Ghats, the peak covered by dense forests is inside the Mookambika National Park, which is home to many species of flora and fauna. 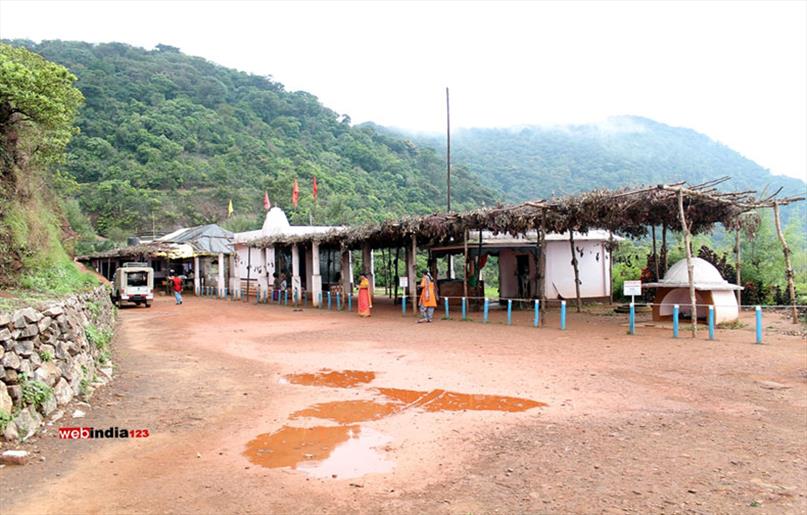 There we could see Moola Mookambika Temple of goddess Aadhi parashakthy. One iron pillar of about 40 feet length is placed in front of this base temple, which is considered as the trishula used by goddess Mookambika to kill the demon Mookasura. Scientists have done lot of experiments to know the depth of this pillar, but it has not yet been determined. Agasthyatheertham where river souparnika originated is nearby.

The jeep service is only till here. There are some houses here which offers stay with food at very reasonable rate. 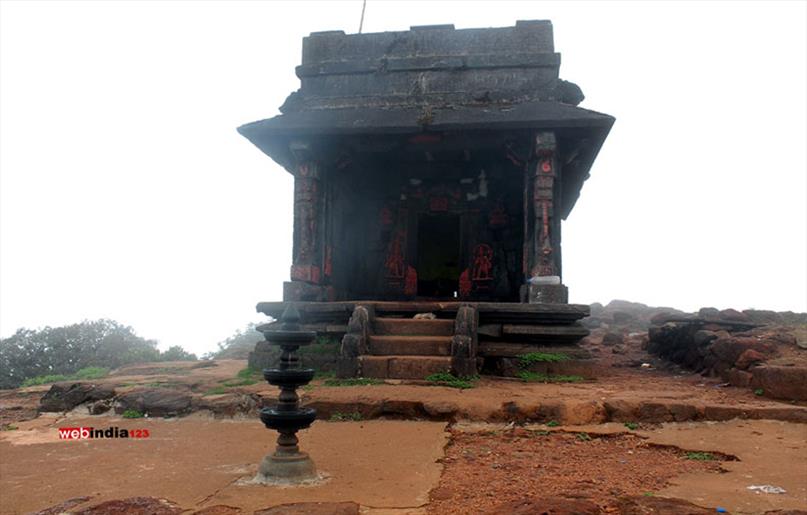 From the spot it was 2 km trek to the peak to see the Sarvajnapeetha, where Adi Shankara had meditated during his long spiritual journey. 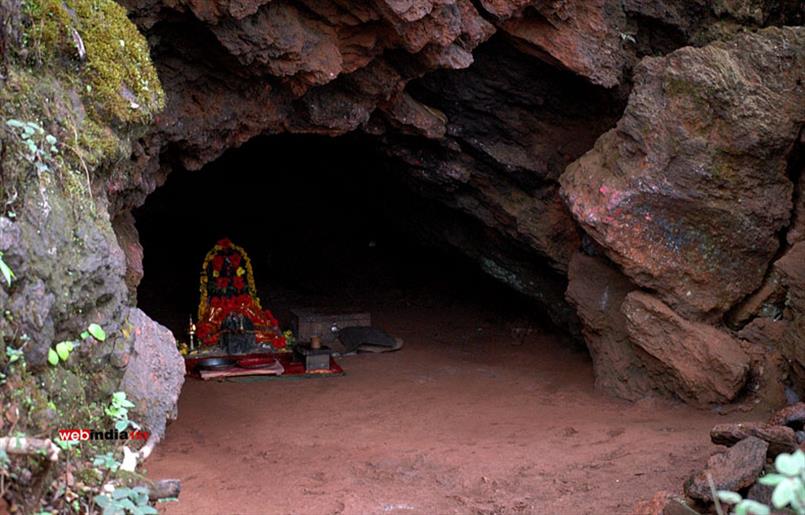 On the way we saw a small cave - Ganesh Guha, where a sculpture of Lord Ganesh is placed. Behind the idol there is a tunnel, which is said to lead to Kollur. 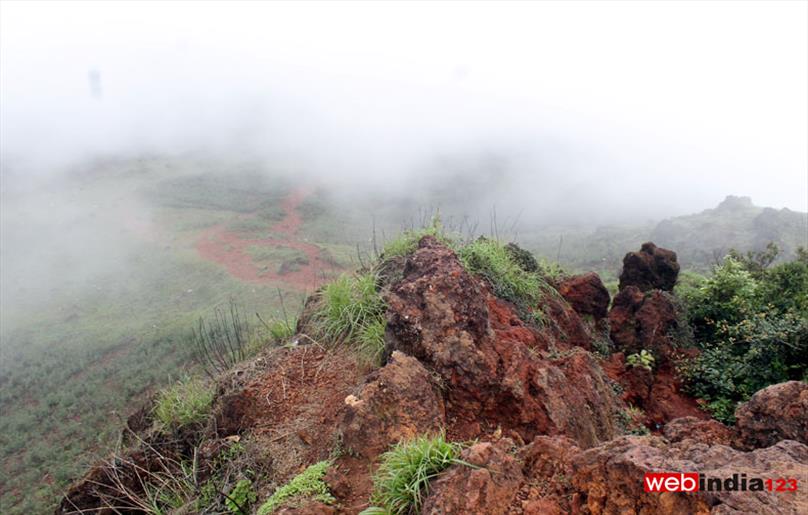 The way to the Sarvajna peetha is covered by mist, sometimes it was difficult to see the path. The real beauty and the extent of the Kodachadri hills can be viewed from the top. The cool breeze adds to the heavenly feeling. There is a climb down to Chitramoola cave, where Sri Sankaracharya did Tapas to please goddess Mookambika. The mookambika temple of kollur is visible from Chithramoola. 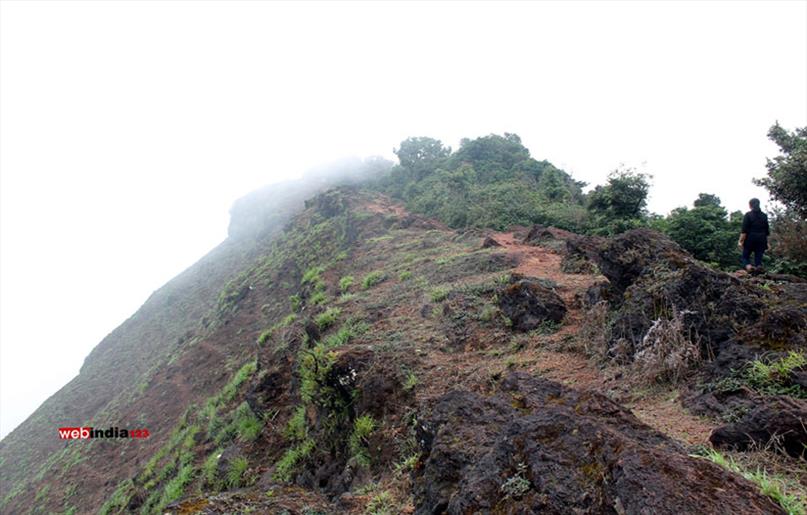 Trekking to the top of Kodachadri has a spiritual aspect to it. Even from earlier days devotees who visited Mookambika temple in Kollur used to trek to Kodachadri to attain salvation.