The Mehtab Bagh or the moonlight garden in Agra, was the last of the eleven Mughal-built gardens along the Yamuna river opposite to the Taj Mahal and the Agra Fort. Built during the period 1631- 1635 A.D., Mehtab Bagh literally means a moonlit pleasure garden. It was Emperor Shah Jahan who built this garden on the tradition of garden craft founded by Emperor Babur, on the eastern bank of the river facing the Taj, just to provide a beautiful backdrop to the main tomb. 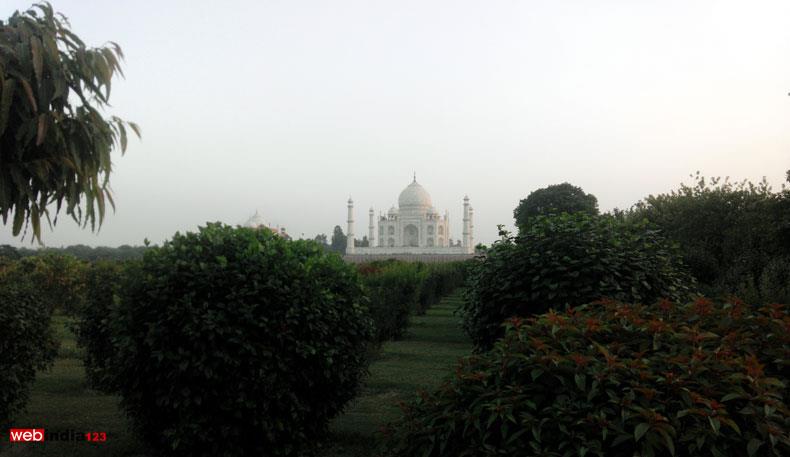 When the Mehtab Bagh was build it consisted of an octagonal tank of brick masonry with 25 fountains, and on its four directions were spacious airy pavilions interconnected by covered corridors, white plaster walkways and pools created as part of the garden, various fruitless trees and narcissus were planted in and around the Garden. Emperor Shah Jahan identified the site as an ideal location for viewing the Taj.  Legends attribute that it was the wish of Shah Jahan to built a black marble mausoleum for himself in this garden as a twin, just opposite to the Taj, however, this could not be achieved as he was imprisoned by his son Aurangzeb. The ruins still remain. 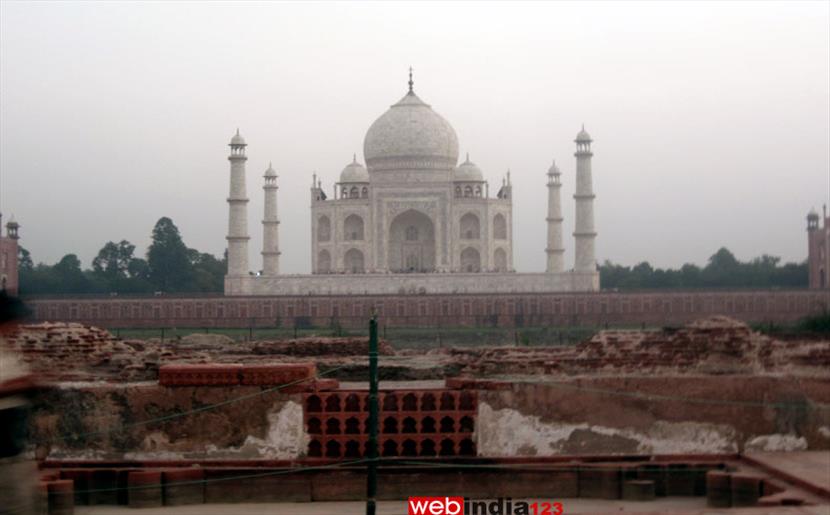 The Mehtab-Bagh is laid out in perfect symmetry and alignment with the Taj Mahal. There is absolutely no doubt that it was planned and built as an integral part of the original design of the Taj Mahal. The garden is believed to have been named Mehtab Bagh or the Moonlight garden, as it is an ideal place for viewing the Taj Mahal in moonlight.

Frequent floods and villagers extracting building materials nearly ruined the garden. The bagh finds mention in Auragazebs letter dated 1652 that it had submerged in floodwaters and that the octagonal tank and the pavilions had remained intact. But in the later ages, the buildings collapsed and the garden was covered by sand deposited by river floods. It was during 1990s that the Archaeological Survey of India excavated it and the garden was restored and conserved. 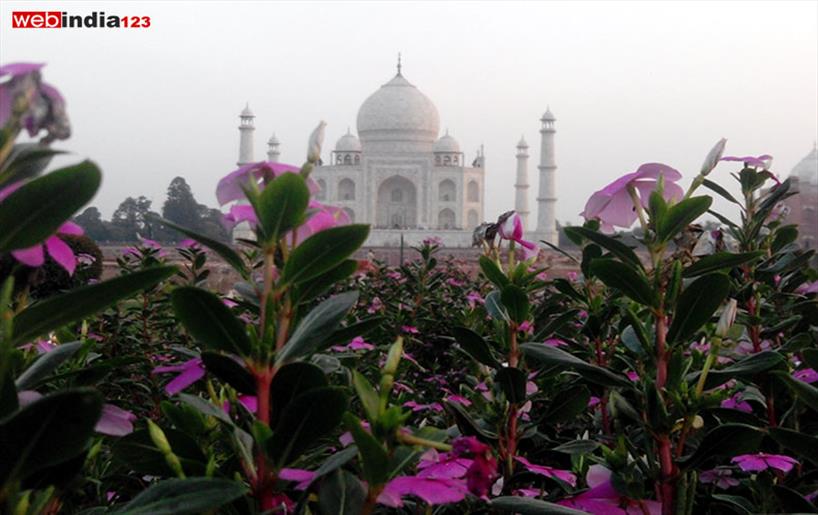 Around 8000 trees and plants from the Mughal repertoire have been planted by the Archeological Survey of India to retain its old world charm.