Ameda temple is one of the famous snake adoring temples in Kerala, located on the banks of Vembanad Lake, on the Tripunithura-Vaikom route, 20kms south of Ernakulam. The temple is unique in its status as an abode of snake idols brought from abandoned groves across Kerala. 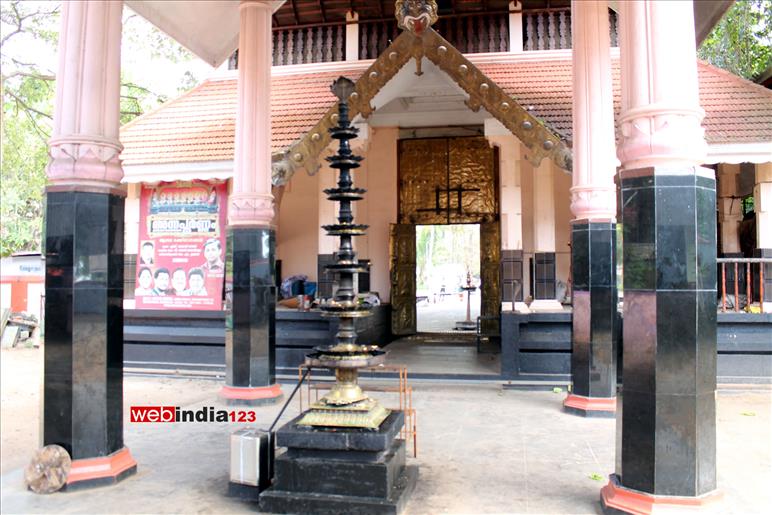 The name Ameda itself point to the history of the temple. Once the Sapthamathrukkal, the Gods to whom the temple is dedicated, including Veerabhadhran, Ganapathy, Brahmini, maheshwari, kowmari, vaishnavi, varahi, indirani and chamundi were traveling through the lake mounted on a tortoise. Legend says that Lord Parasurama, one of the incarnations of Lord Vishnu, who retrieved land from the sea to form Kerala, stepped into the lake and the tortoise could not move forward.

The place where the tortoise came to a standstill came to be known as Aamaninnayidam, which later on became Ameda. In local dialect, aama means tortoise hence the name of the temple. Behind the temple there is a sculpture of a tortoise depicting the vehicle, which carried the Gods.

The carved gopuravathil or the main big door adorns the temple façade. 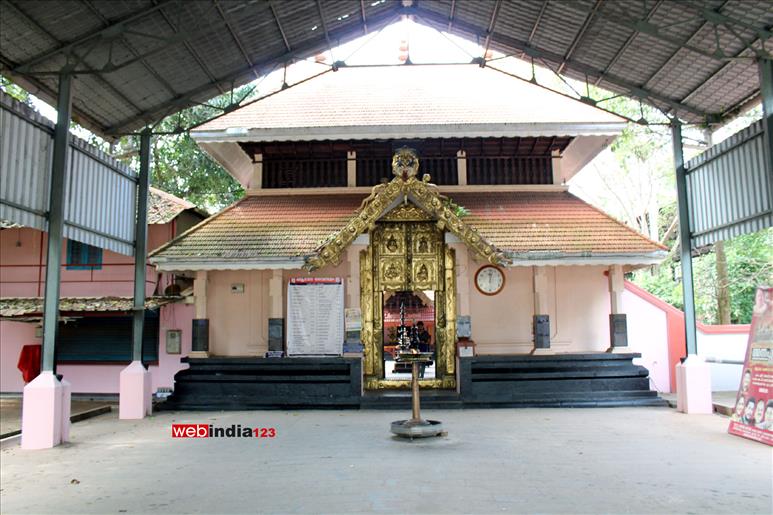 As we enter the temple, we can see many idols of snakes made up of different materials. Mostly carved in rock, the sculptures are a part of the sacred grove in the temple. While Sapthamathrukkal is the main deity of the sanctum sanctorum, there are shrines dedicated to Nagaraja & Nagayakshi in the northwest & northeast, and a shrine dedicated to Mahavishnu in the north respectively. 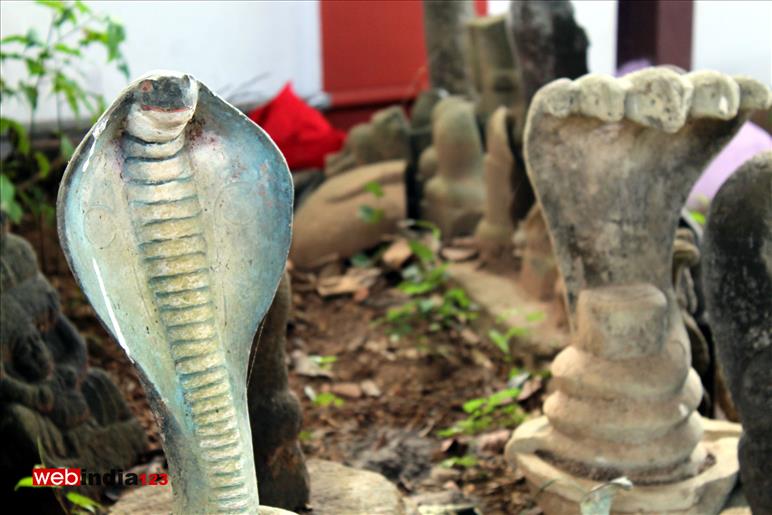 Sarpa Kavu or Snake groves were traditionally seen in many homesteads in Kerala.. Snake idols are kept in these groves, worship & rituals carried out, and live snakes are fed and allowed to roam free. But these days it has become difficult to maintain these groves with the disintegration of the joint family system & nuclear families finding it difficult to house such things. Ameda temple is one such temple that accepts the snake spirits of the scared groves from the places that the landowners are unable to maintain. Sarparadhana or snake worship is done on all Ayilyam Nakshatras but the ones in the Malayalam Months of Kanni, Thulam, Vrishchikam and Meenam are more sacred and important.

Ameda temple is owned and managed by Ameda Mangalam family. Mr.Vasudevan Namboothiri, one of the priests belonging to the family says that people approaching them to invoke the spirits of their grove to the Ameda temple have gone up in the last decade from one or two in a year, to about a hundred a year. Though Priests perform rituals & prayers as per astrological predictions, in some cases even these rituals is of no use if the spirits do not want to leave the place. Of the thousands of sacred groves, which existed in Kerala, only a few remain. 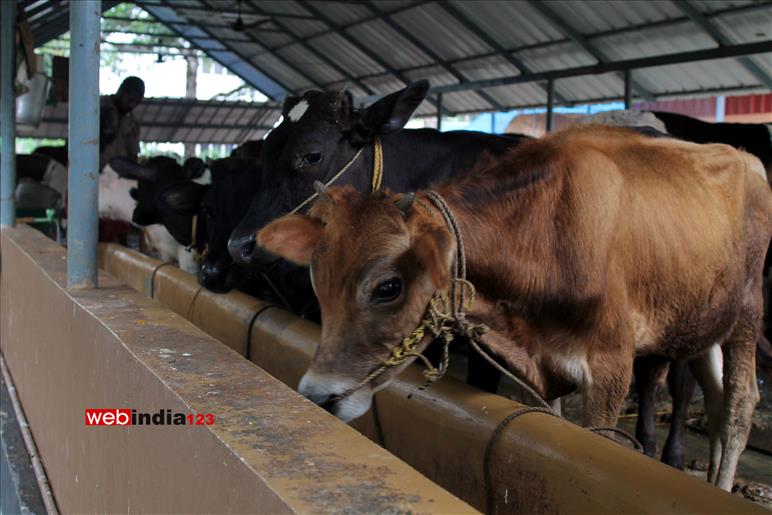 Mr. Namboothiri who retired from Hindustan newsprint in Velloor, runs a cattle farm as part of the temple which provides pure milk needed for poojas at the temple.