The knowledge of street-smart folk who live in the mountains, combined with research, can work together to develop effective responses to climate change and its impact on ecosystems and livelihoods, experts say.

There is potential to mobilise traditional knowledge to provide place-based evidence on climate change and its impact on ecosystems and livelihoods, said researchers Nawraj Pradhan and Abhimanyu Pandey of the Kathmandu-based International Centre for Integrated Mountain Development (ICIMOD).

Similarly, local knowledge and research could work together to develop effective responses that sustain biological and cultural diversity for adaptation in future.

"If managed well, various facets of tangible and intangible cultural heritage can be long-term assets. They can represent an innovative way of achieving sustainable development goals and, as such, produce better livelihoods, food and water security, and effective climate change mitigation efforts," they said in a report, "Mountain Cultures: Celebrating Diversity and Strengthening Identity for Years".

Pradhan is Associate Coordinator with Kailash Sacred Landscape Conservation and Development Initiative, while Pandey is Cultural Services Analyst in the Livelihood Theme.

The Paris Agreement of December 2015 recognises that adaptation actions should follow a "participatory and fully transparent approach, taking into consideration vulnerable communities and ecosystems".

The Hindu Kush Himalayas are one of the world's most diverse mountains systems, spanning 4.3 million sq. km. of land across eight countries -- from Afghanistan to Myanmar.

Over millennia, communities in these landscapes have maintained a close relationship with the natural resources and surroundings that provide their livelihoods. 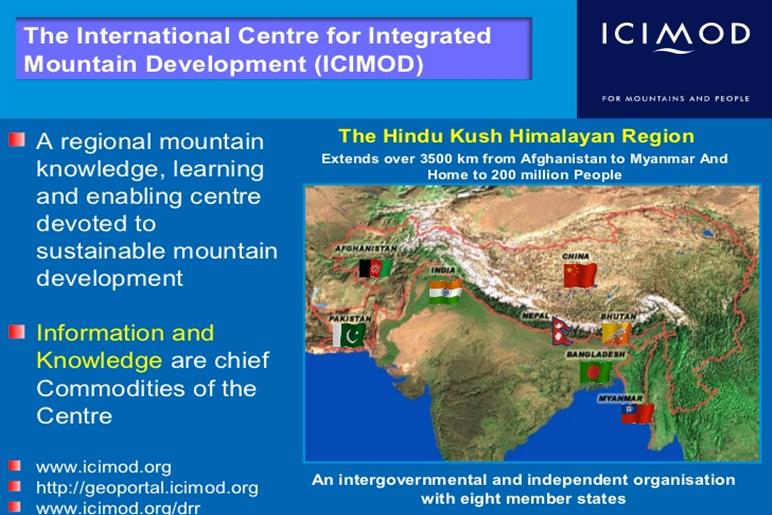 The researchers said the mountains were not studied as cohesive systems, but in recent decades, research is providing a more holistic understanding of mountain environments, and how they contribute to overall human well-being in the context of social, economic and environmental changes.

The Hindu Kush Himalayas present some of the most austere geo-climatic conditions in the world, encompassing the barren wilds of the Tibetan Plateau, the cold semi-arid zones of northern Pakistan and Afghanistan, and the sweltering rainforests of northeastern India and Myanmar.

Such diverse climate, however, has not deterred vast migrations, interactions and evolution of human communities in the Hindu Kush Himalayas over the course of history.

Until recently, said the researchers, traditional knowledge and practices provided the basis for the well-being and livelihood of indigenous mountain communities.

Consequently, mountain communities enjoyed an intangible, even spiritual, connection to the elements of nature. However, in recent decades, global media connectivity and the inclusion of once far-distant regions into national planning has ushered in the forces of globalisation, consumerism and, often, top-down governance regimes.

This has accelerated the pace of change in the Hindu Kush Himalayas, often upsetting the particularities of the mountains and their socio-ecological balance.

Of course, not all the change has been negative. Modern advances in healthcare, education and economic opportunity have improved mountain livelihoods and often worked to dissipate some oppressive traditional socio-economic hierarchies.

However, these advances have also caused some ruptures in traditional community fabrics and a loss of interest in preserving local knowledge and cultural traditions.

"Therefore, it's critical for research institutions like ICIMOD to take a serious approach to understanding the traditional cultural worldviews of mountain communities," the researchers said.

The Hindu Kush Himalayan region extends 3,500 km over all or part of eight countries and is the source of 10 large Asian river systems, including the Indus, Ganges and Brahmaputra.

The basins of these rivers provide water to 1.3 billion people, a fifth of the world's population.