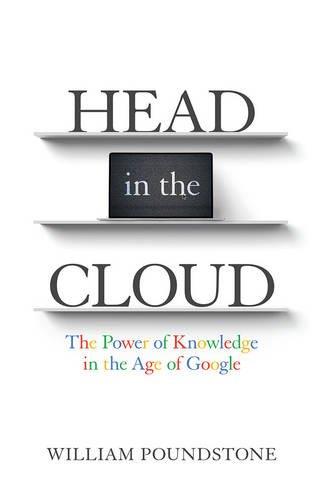 A little knowledge is a dangerous thing, we are told, and some recent political developments may prove it. Diehard Donald Trump supporters said they feared that white Americans were becoming a minority in their own country, while Brexiters were concerned about the rising tide of immigrants on the island. Were their apprehensions genuine or justified?

Not by a long shot. This author asked a national sample of fellow Americans for the percentage of Asians and received an average estimate of 13 per cent -- the US Census Bureau says 5.6 as per the 2010 census. Average percentage estimates for Hispanics, African-Americans, gays and lesbians, Muslims and Christians, in other surveys, were 25, 23, 11, 15, and 56, respectively -- as against 17, 12.6, 1.7, 1 and 78 actually.

Similarly, immigrants are 13 per cent of the British population, and Muslims 5 per cent, against 24 and 21 per cent estimates of most people (an IPSOS Mori survey, 2014).

Are these positions, or many other similar to them, the outcome of a "politics of fear" resorted by some rather unscrupulous politicians or does the reason lie closer to us? They are actually one -- though potentially most worrying -- symptom of our growing knowledge deficiency, and that too in an age where technology has made information collection and retrieval nearly instant and effortless, contends American author and columnist William Poundstone in this thought-provoking book.

We, he argues, are increasingly becoming of the opinion that we don't have to know stuff we can easily find on the internet, which we can access right from where we are with a few swipes and taps, with no thought about its credibility or provenance.

And then we go on to base out actions and decisions on what we think we know, says Poundstone, and become victims of the Dunning-Kruger effect (which holds that those most lacking in knowledge and skill are the least to appreciate this fact, or for that matter, to be even aware of it).

This effect, as we learn, was devised by Cornell psychology professor David Dunning and his graduate student Justin Kruger in the late 1990s, inspired after the former read about bank-robber, who showed up at premises in broad daylight and face uncovered. Arrested the same night, he expressed incredulity at his identification, telling police he had applied lemon juice to his face to make him "invisible", knowing that it is used for writing secret messages.

Besides this, Poundstone uses a Hollywood party and two films's premises to show a culture which doesn't care about facts is "not Hollywood" but the "twenty-first century" as he kicks off his investigation into the worth of knowledge "in the golden age of rational ignorance where more people know who Khloe Kardashian is than who Rene Descartes was", and everything "can be easily looked up".

Primarily depending on analysing original surveys of the public's knowledge in key areas of knowledge from science to history and sports to sex, Poundstone's divides his investigations and findings into three parts, which focus (with some overlap) on three themes.

First, he shows us that the internet does not make us stupid, but much less aware of what we don't know, and such "incomplete knowledge creates distorted mental maps of the world" which, in turn, affect choices, behaviour and opinion. He then displays how ability to know answers to so-called "trivia questions" across a wide spectrum correlates with a higher income, better health, happiness and other indexes of a successful life. He though repeatedly emphasises that correlation does not necessarily imply cause, but the connections should not be ignored.

Finally, he outlines how contemporary media can be used to stay informed, but most importantly, how democratic polities "can make wise choices despite low-information voters".

Poundstone's book, despite the hilarious levels of dumbness it showcases, is actually a wake-up call to us to not allow our devices to take over, to the extent we forgo thinking for ourselves. It also shows how basic knowledge and cultural literacy -- the sort less enlightened parents, teachers and peers dismiss as "irrelevant" to academic and career goals, ranks besides eternal vigilance as the best guarantee of our liberty and rights.


TAGS: book review,   Head in the Cloud - The Power of Knowledge in the Age of Google ,