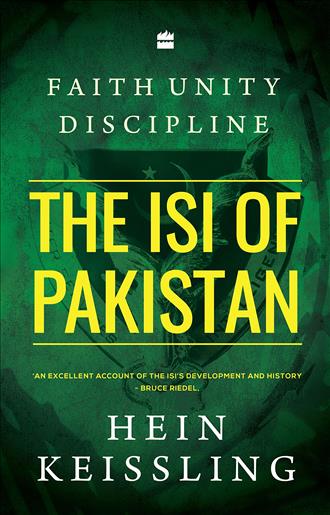 Commonly known by its three-letter acronym, this organisation is held by its enemies, and even some allies, responsible for most of the trouble and instability in South Asia, as well as in its own Pakistan. But how did the ISI acquire this reputation, is it really part of an uncontrollable "deep state", and did it know - and how much - of 9/11, 26/11 and Osama bin Laden's hideout?

Ascertaining intelligence agencies' roles in national or international events is always difficult, due to their secretive functioning, a vested interest in portraying themselves as effective, and an inclination to maintain "deniability". On the other hand, there is also the opponents' propensity to view them through the prism of own predilections or 'national interest', blame them reflexively for almost everything and ascribe to them capabilities they may not even possess.

The latter is especially true of the ISI from an Indian view - and even of its Pakistani critics.

But offering possibly the first-ever, full-length - and fairly neutral - look at Pakistan's largest spy agency from its origins to the present, with opinions and responses from the agency itself, as well as key players from the Zia ul-Haq era to the present, is German political scientist Hein Kiessling in this book.

Having forged close contacts among political, military and intelligence elites of Pakistan, where he lived during a crucial decade (1989-2002) when it lurched from military rule to democracy and back, became an overt nuclear power, and faced consequences of 9/11, he "seeks to present an objective history of the ISI, its origin and development, tasks and objectives, successes and failures".

Kiessling says his "observations and analysis are drawn from personal experience" from his Pakistan stint, fleshed from "journeys to the rest of South Asia, to China and Central Asia and contacts with the political elites there" and at least bi-annual travels to Pakistan and India since 2004 to keep up with his contacts.

He holds the ISI, which became a particular bugbear for India (replacing "the foreign hand") since its support to Sikh insurgents in the early 1980s, came into global focus following the US invasion of Afghanistan post 9/11 when the scores of journalists thronging the region scrutinised its earlier involvement in Afghanistan and Kashmir.

It was then, he says, it picked some of the odium associated with it.

The ISI was depicted "as a state within a state - as an intelligence agency that was influencing and controlling Pakistan's domestic and international politics" and which "did not shy away from kidnapping and liquidating individuals it considered undesirable".

Kiessling holds that such assessments "might have been true in some cases, but they were also circulated by politicians and journalists in Pakistan without any substantial proof, and then adopted unchecked and republished by their international colleagues". He also is sceptical of the perception that ISI houses various groups pursuing their own agenda and allegedly out of control of even their own leaders.

However, he is no apologist for the spy agency, as he recounts its story from its inception by an Australian-born British army officer and early undistinguished record in its first two decades - including bungling in the 1965 war (failing agents sent into Kashmir and losing track of an entire Indian division), and its first directive to get rid of a troublesome opposition leader (the then chief managed to dissuade Ayub Khan).

He then details how it actually gained prominence under Zulfiqar Ali Bhutto and then under Gen. Zia, the curious circumstances by which it began managing the clandestine war against Soviets in Afghanistan (and even beyond), and subsequent notoriety, deserved and undeserved, until the present.

Along with an overview of the ISI's organisation and leaders, he deals credibly with issues such as the question of its involvement in 9/11 and in shielding Bin Laden, while giving prominence to its operations against India, including a planned 9/11-type attack in the 1980s.

Though such dramatic revelations are not very frequent, Kiessling, noting ISI's de facto role as an internal intelligence agency, also provides sheds new light and insight into the trajectory of Pakistani politics from Ayub Khan to Nawaz Sharif (in his third stint). As such, it is required - and compelling read for all students of South Asia, beyond security.
TAGS: ISI,   Pakistan Intelligence Agency,   Hein G. Kiessling,   Faith,   Unity,   Discipline - The Inter-Service Intelligence of Pakistan,   Pakistan,   book on ISI,