He was an unlikely movie hero, with an average height and build, a rough-hewn appearance instead of good looks, a voice low and gravelly than pleasant, and a languid, laid-back air that however couldn't conceal an unmistakable toughness. These attributes would instead make Charles Bronson star of some of the most popular Hollywood and European action movies, spanning the war, crime and Western genres. 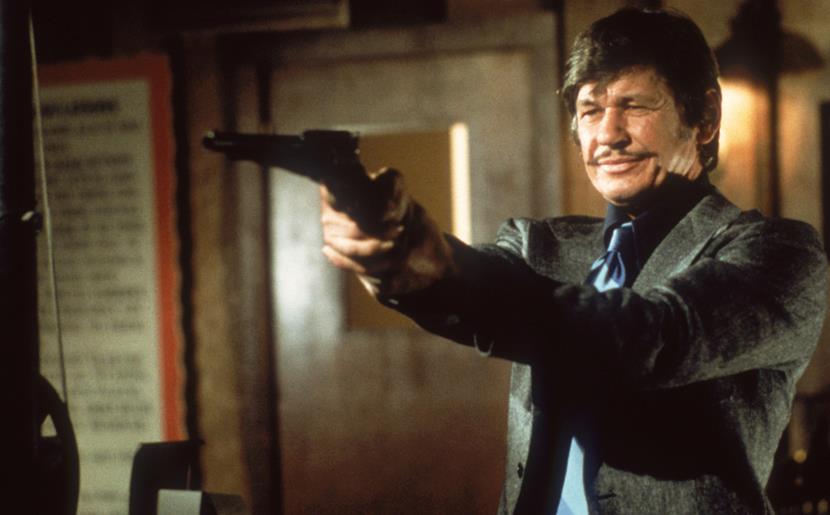 With his minimalist but intense performance, he more than held his own besides more established stars - including the no less tough-looking guys like Yul Brynner, Lee Marvin, Steve McQueen, James Coburn, and Telly Savalas, as well as Henry Fonda, Alain Delon, Toshiro Mifune and even Elvis Presley.

Described as one critic by "a Clark Gable who had been left out in the sun too long" and by director John Huston as "a grenade with the pin pulled", Bronson could also employ a devastating stare - remember the scene in "The Dirty Dozen" where the 'dozen' recognise two soldiers who assaulted Wladyslaw (Bronson's character) and whisper it to each other till one tries to tell Bronson, who only has to look at him to cut him off.

But it was a tough journey for Bronson, born Charles Buchinsky in Pennsylvania, one of struggling Lithuanian-Polish immigrants Walter and Mary Buchinsky's 15 children. Conditions were hard and Charles, though the first of his family to complete high school - for which he even had to wear his sister's dress, had to follow his father and elder siblings into the coal mines. Paid a dollar for every ton, he volunteered for dangerous work for more money but nearly lost his life when trapped in a cave-in. 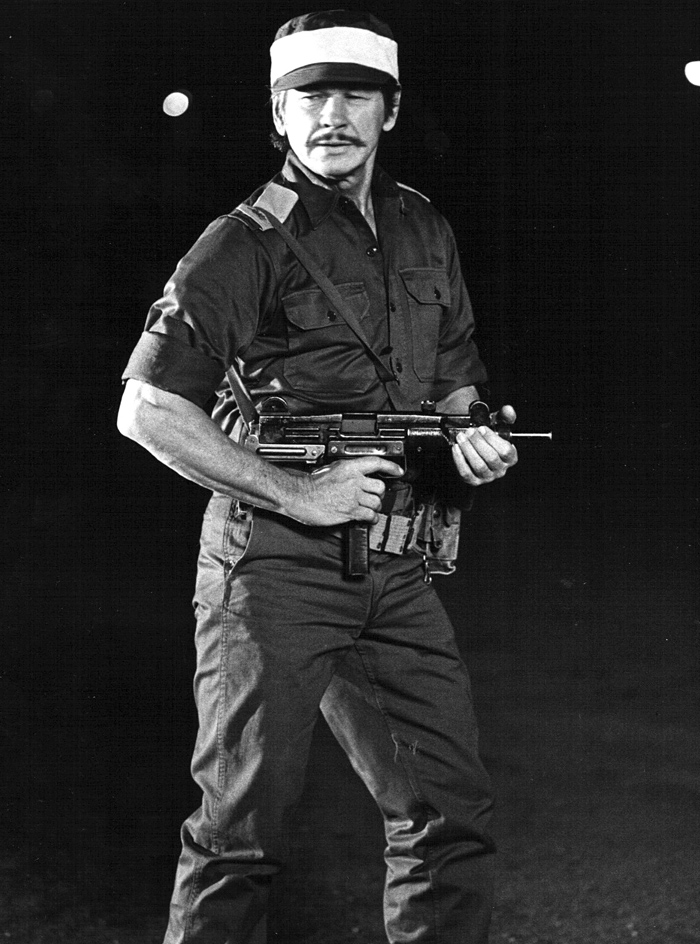 The experience also left him with a lifelong claustrophobia - playing Flt. Lt. Danny Velinski, "The Tunnel King" in "The Great Escape", Bronson couldn't spend more than a few minutes in the "tunnel" on the sets despite it being above ground.

The Second World War was a godsend for Bronson who enlisted in the United States Army Air Force in 1943. Now not only did he now have enough food and clothes, but also perfected his English, which he had only learnt as a teenager. He also had combat experience, flying 25 missions as a tail gunner on a B-29 bombing Japan.

After the war, determined not to return to the mines, he did a series of menial jobs before marrying and moving to Hollywood in 1950. Here he enrolled in acting classes and found small TV and film roles, though mostly uncredited. One that stood out was in horror classic "House of Wax" (1953) where he was Vincent Price's deaf-mute assistant. It was also then - with the 'Red Scare' underway - that he changed his surname from Buchinsky to Bronson after one of the gates of Paramount Studies. 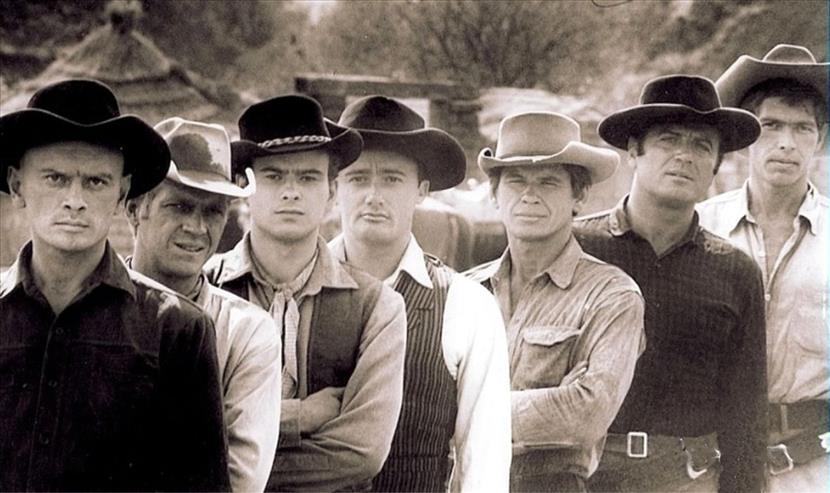 Getting his break with starring roles in crime film "Machine-Gun Kelly" (1958) and TV series "Man with a Camera" (1958), he was never in any delusion about his appearance: "I guess I look like a rock quarry that someone has dynamited". But the big break came when he was cast as Irish-Mexican gunslinger Bernardo O'Reilly in "The Magnificent Seven".

At his snarky best in the role - chopping wood when approached for the mission, and asked if he is broke, he responds: "Nah. I'm doing this because I'm an eccentric millionaire." But O' Reilly goes on to bond with the village children, scolds them for calling their fathers cowards and dies while saving them in the climatic fight.

From this, Bronson never looked back, starring in a host of movies, that while being panned by critics, were immensely popular and successful. He quipped: "We don't make movies for critics, since they don't pay to see them anyhow." He however impressed directors with his thorough preparation, despite sitting in a corner of the sets for much of a shoot, listening to instructions and not saying a word until the cameras rolled.

Though his best (and higher-paying) roles came after he was over 50 - he reached his pinnacle in box-office drawing power in 1975, ranked 4th behind Robert Redford, Barbra Streisand, and Al Pacino, he carried out acting well into his late 70s, only finally retiring five years before his death in 2003.

But Bronson was a tough guy off-screen too. In an interview to Washington Post in 1985, he recalled that once in Rome, he felt someone stick a gun in his side and demand money. 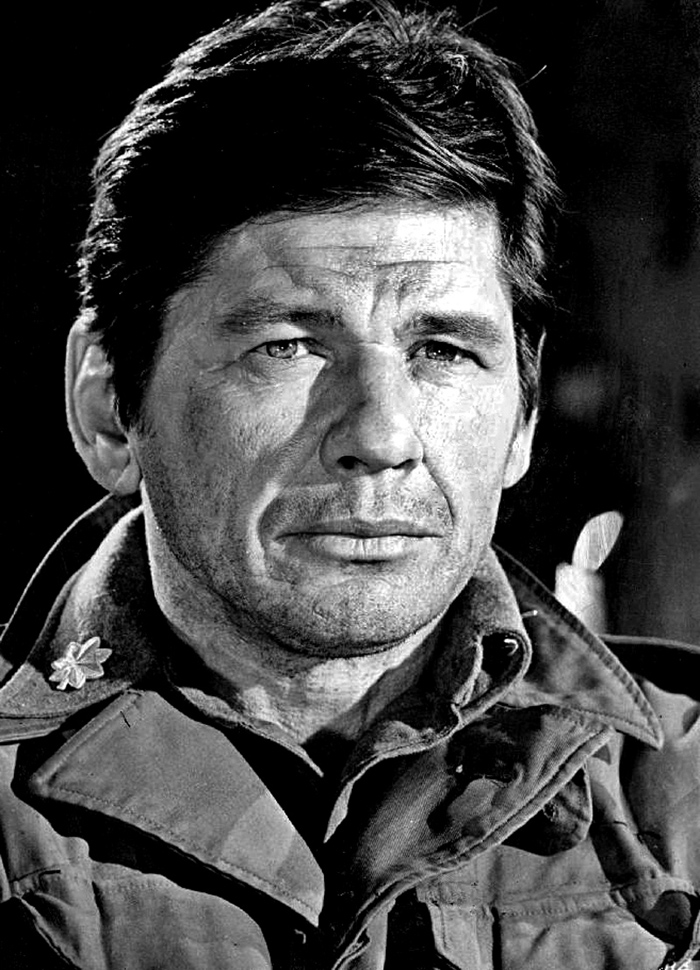 A publicity still of Charles Bronson for the \"Battle of Bulge\"

"I said, 'You give ME money.' He turned around and walked away."

Who could beat that?