When Google launched artificial intelligence (AI)-powered premium devices Pixel and Pixel XL earlier this month, the message was clear: The device with the personal Google Assistant built right in sounded the threat bugle for Apple iPhone 7 and 7 Plus. 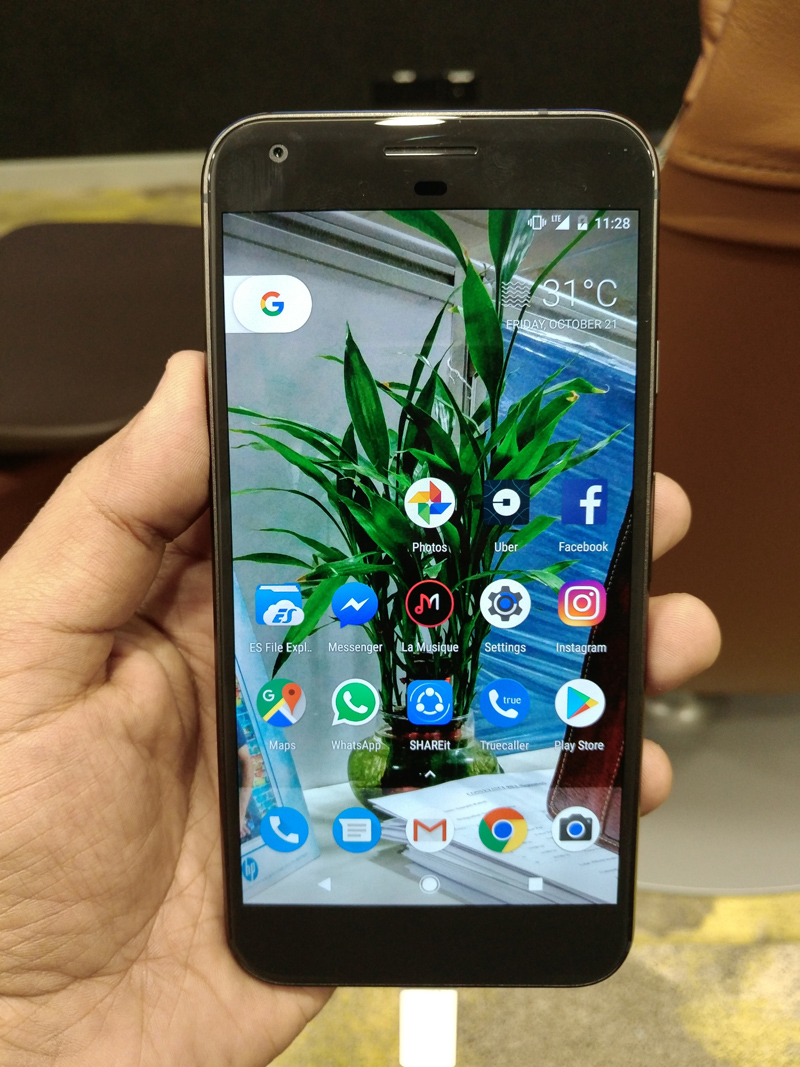 The comparison is natural, especially in the absence of another flagship device, the Samsung Galaxy Note 7, which leaves Google and Apple fighting for the premium segment. 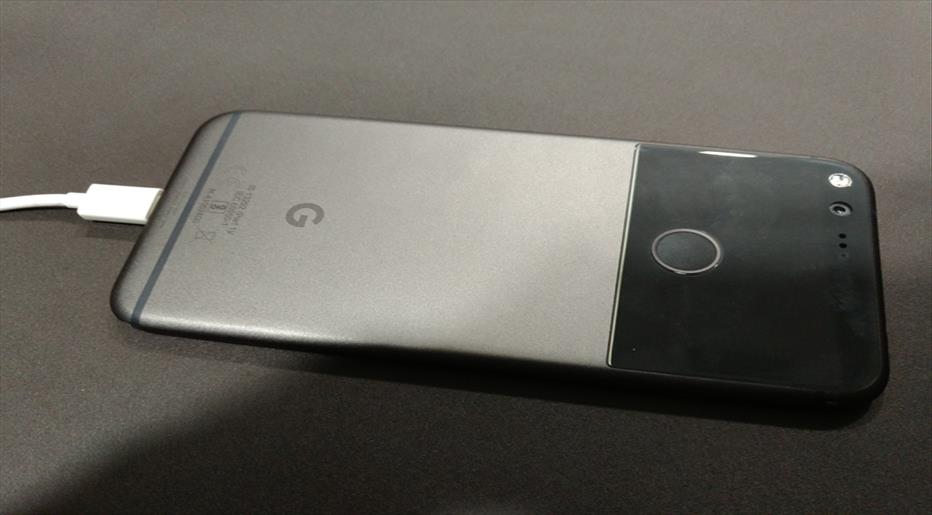 Google has been synonymous with innovation. This time, with a brand new Android OS Nougat and Google Assistant, Pixel devices are set to counter Apple's iOS 10 and intelligent assistant Siri.

Let us see what the 5.5-inch Pixel XL (32GB, black colour) has for Indian consumers who are searching for a premium smartphone.

The aluminum and glass-built device looks elegant and fits comfortably in the palm. Unlike Nexus 6P, which had a thin glass strip at the top, Pixel XL's back panel has almost one-third glass covering.

Putting an end to Android users' long wait, the Google Assistant in Pixel XL definitely has an edge over Apple's Siri. See for yourself.

When asked, :Are you a man or a woman?", Google Assistant responded with answers like "I'm all inclusive :D" and "Does it really matter?" while Siri staidly replied: "I was not assigned a gender."

To "Who will win the US presidential election?" Google Assistant displayed poll results by the New York Times, The Telegraph and Independent while Siri returned Wikipedia and Quora with an iOS 10-powered iPhone.

While searching restaurants near our office, Google Assistant displayed food joints as close as 300 metres while Siri said that the nearest restaurant is 600 metres away.

To further test its intelligence, Google Assistant was asked, "Who is Siri?" It explained, "Siri is Apple's intelligent assistant. She is very witty."

Google Assistant can tell jokes, remember your passwords and even set the alarm for you in a clear voice.

The "Pixel Imprint" fingerprint scanner is located at the back and is extremely responsive. It not only unlocked the device in a split second but also accepted (authorised) half a fingerprint for unlocking.

While lock and volume up/down buttons are on the right of the Corning Gorilla Glass 4 protected AMOLED display, a nano-SIM slot sits at the left bumper of the device.

Google has retained Type-C charging port that charged the 3,450 mAh battery in a flat 48 minutes.

The device with Qualcomm's latest Snapdragon 821 Quad core processor and 4GB DDR4 RAM will get first updates and free unlimited cloud space is not to be missed.

Google has put in a lot of accessories inside the box, including a two-way Type-C port cable ensuring OTG device (also included) support. With this cable, one can charge Pixel XL with another phone having a Type-C port.

The smartphone runs like a charm on Android Nougat 7.1 -- the only device till date to have it. The apps explorer icon is replaced by a pull-up App Drawer which is more convenient.

A swipe right on the screen brings the notable search results in line with browsing history. When we swiped right, information about the FC Barcelona vs Manchester City football match; updates about the Indian Soccer League tournament; and scores for the India vs New Zealand One-Day cricket match popped up.

Pixel's 12.3MP rear camera with f/2.0 has been rated the highest ever 89 DxOMark Mobile score. It is very fast, responsive and has a video stabilising mode. As expected, the photos in broad daylight were stunning. Even in "very low light conditions", the camera did not disappoint. 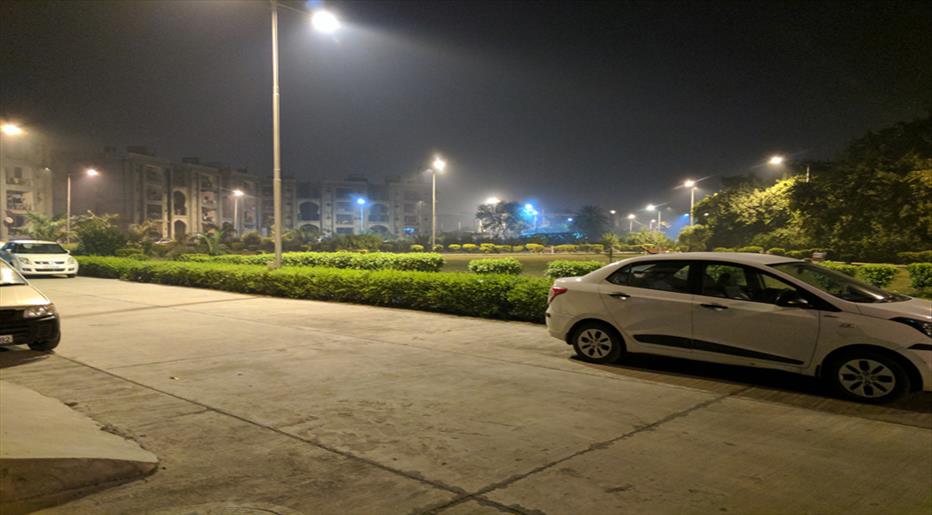 Google Pixel XL has the best camera rating ever. The photos were taken in the night and are displayed without any editing. (Photo: IANS)

Under natural light at 7 pm, the photos clicked without flash had clarity and little grains while the photo taken with flash were sharper.

As compared to shooting video in normal mode, we noticed a remarkable difference when we shot the same video with "Video Stabilisation" on. There were low or no jerks and no picture distortion.

The 8MP camera works fine and while using it with Google's video calling app Duo, the receiver gets a sharper image (as compared to the Nexus 6P).

One can even try new gestures, relish the audio output and save unlimited data online in original quality for free.

Pixel devices are not waterproof. At a time when Samsung Galaxy S7 Edge (and the now discontinued Galaxy Note 7) and Apple are offering IP68 rating (waterproof ratings), Pixel smartphones fall behind in this category.

The camera does not have an optical image stabilisation feature and the Type-C to Type-C charging is slow.

Conclusion: If you think about shelling out Rs 72,000 for the 32GB variant of iPhone 7 Plus, consider Google Pixel XL for Rs 67,000 as your date with Google Assistant will floor you without any doubt.
TAGS: Google Pixel XL,   google pixel,   artificialintelligence powered phone,   google phone,