An unconventional singer - with a raspy, almost nasal voice instead of honeyed tones - burst into public consciousness in the early 1960s with a brace of self-written, hard-hitting songs expressing the growing social unrest and questioning tradition and injustice. "How many years can some people exist/Before they're allowed to be free?" he asked, and told the establishment that 'The Times They Are a-Changin'. Over half a century later, the Swedish Academy acknowledged Bob Dylan's message by making him the first songwriter to be conferred the Nobel Prize for Literature. 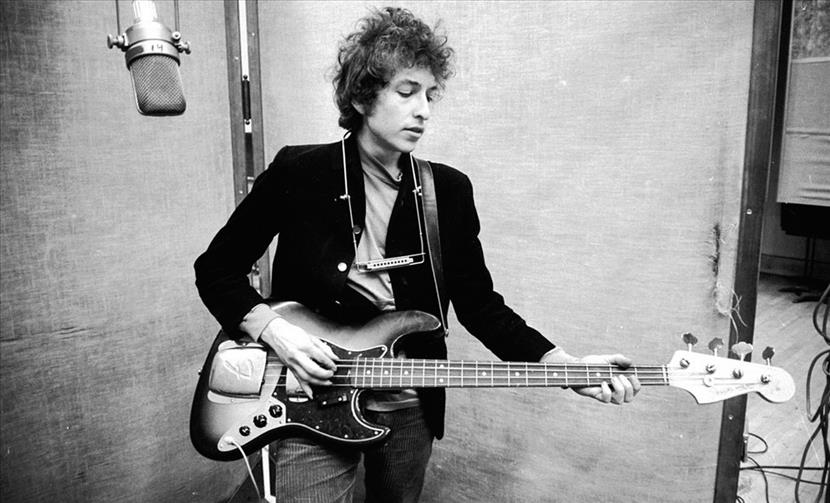 Bob Dylan at the beginning of his career in the the 1960s
The Nobel "for having created new poetic expressions within the great American song tradition" caps a long illustrious career for Dylan, who turned 75 this May, and is already the recipient of 11 Grammies (including for Lifetime Achievement), a Golden Globe, an Oscar, a place in the Rock and Roll Hall of Fame, a special Pulitzer Prize citation for "his profound impact on popular music and American culture, marked by lyrical compositions of extraordinary poetic power" and the Presidential Medal of Freedom from President Barack Obama in 2012.

Dylan seemed to embody, for popular music, Karl Marx's dictum that philosophers have only interpreted the world in various ways but the point, however, is to change it. Be it the iconic "Blowing in the Wind" (excerpted above), "Masters of War" ("You that build all the guns/You that build the death planes/You that build the big bombs/You that hide behind walls/You that hide behind desks..") and more, his ballads not only became anthems for the American civil rights and anti-war movements, but can still articulate deep concern at global and social conditions, both then and now.

He, however, vehemently disputed that he was a spokesman for the 1960s youth while many of his most famous works don't seemed restricted to the age when they came out -- or the setting. Such as "The Times They Are A-Changin" with its "Come mothers and fathers/Throughout the land/And don't criticize/What you can't understand/Your sons and your daughters/Are beyond your command/Your old road is rapidly agin'/Please get out of the new one if you can't lend your hand/For the times they are a-changin" seems as valid anywhere now as in 1960s America.

Born Robert Allan Zimmerman in Minnesota on May 24, 1941, to a Jewish family with its roots in Tsarist Russia, he displayed an interest in music right from his school days and, in 1961, dropped out of university for a full-time music career. He also changed his surname to Dylan, in homage to Welsh poet Dylan Thomas. 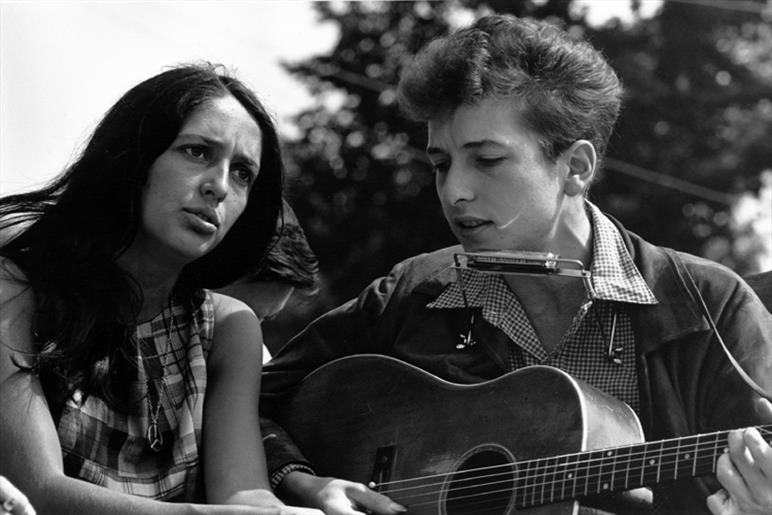 Bob Dylan with singer Joan Baez. who would also render his songs, at a priest rally in the 1960s
Though his first album "Bob Dylan" (1962) with renditions of popular existing folk and gospel hits remained unnoticed, it was his second "The Freewheelin' Bob Dylan", with 9 of its 11 tracks written by him, and then "The Times They Are A-Changin", all self-written, that catapulted him to recognition and renown.

Besides rights and peace, they also chronicled various social injustices - such as "The Lonesome Death of Hattie Carroll" about the unprovoked senseless killing of a black hotel barmaid by a young well-connected white man socialite, who gets off lightly, but his vivid, unsettling and even surreal lyrics leave a marked impression. 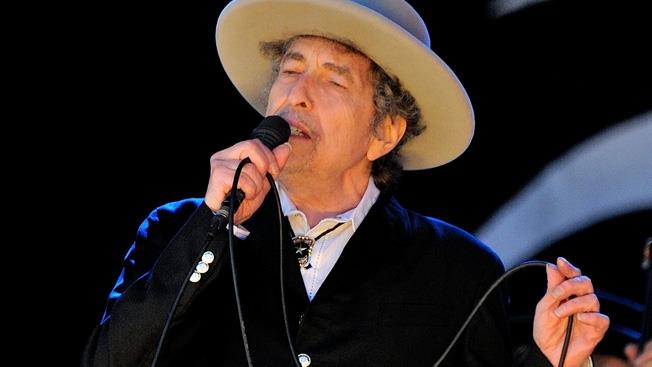 Bob Dylan performing in 2014
Dylan, who is still active, kept on reinventing himself, moving across the whole spectrum of musical genres -- rock and roll, blues, country, gospel, jazz -- while once riling the establishment of folk music (his original) by performing with an electric band, and then even being part of pop band 'The Travelling Willburys' comprising, among others, Roy "Pretty Woman" Orbison and former Beatles member George Harrison. It is, however, his initial record that makes up his abiding legend.
TAGS: Bob Dylan,   Bob Dylan profile,   Nobel Bob Dylan,