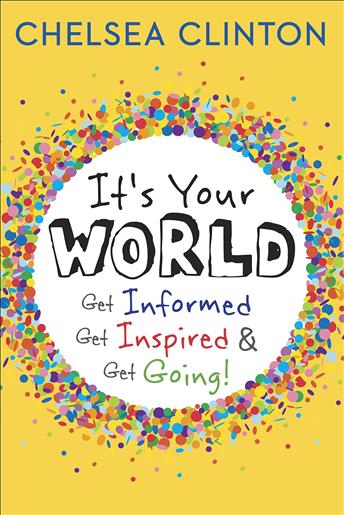 Bill and Hillary Clinton's daughter Chelsea Clinton's book on problems affecting people, especially children, around the world and some solutions

Her parents may soon become the only couple to both become the President of the United States, but also have long stints and achievements in public service which seemed to have inspired Chelsea Clinton to make her contribution to bring change - through a book initially.

While her father and former President Bill Clinton's "Giving: How Each of Us Can Change the World" (2007) came well after his stint and was his third book, she follows her mother (and 2016 Democratic presidential nominee) Hillary Clinton, who dwelt on her ideas for US children and the role of society besides the family in raising them, in her first book "It Takes a Village: And Other Lessons Children Teach Us" (1996). 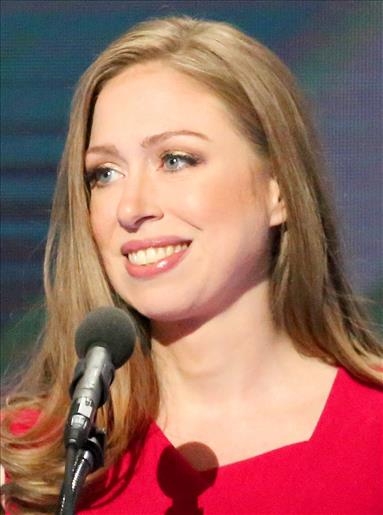 But Chelsea Clinton, in her literary debut, addresses a far younger constituency, and also tries to talk to them, than at them. Seeking to inform teenagers about major social and economic challenges people face across the world, including in the US, she not only suggests what can be done but also, what they can do themselves.

Assembling a large amount of complex data on economic and social issues, she however presents it most lucidly, and engagingly, weaving in not only her own experiences while growing up, especially her visit to South Asia (India, Pakistan, Bangladesh, Nepal and Sri Lanka) with her mother in 1995, but also the stories of many enterprising, inspirational common people.

Her key thrust is learning - by taking some effort - to become informed participants. Chelsea notes the first thing she remembered reading on her own was the "local newspaper, the old-fashioned kind that left ink stains on my hand", but was what "enabled me to be a part of my parent's conversations about what was happening in our hometown of Little Rock, Arkansas, and the broader world".

"Knowing what was in the newspaper meant I didn't have to wait for my parents to explain everything to me. I could ask questions to start conversations about the world too," she says, but also revealing that the "newspaper helped hide how much honey I poured on top of my Cheerios" as "my mom wouldn't let me have sugary cereal.."

The quality of the newspaper would definitely matter - and she does raise the point ahead.

She also notes that when young, she didn't realise how much the issues she read, thought, debated or tried to combat "arguably had even more of an impact on kids my age that on grown-ups", a fact that holds true today too. And her book is "about some of the big issues our world and particularly kids face".

Divided in four parts - "It's Your Economy", on poverty, including in the US, and its related problems; "It's Your Right", on education and gender rights, "It's Your Body" on health; and "It's Your Environment" on climate change and species loss. While each chapter ends with steps that can be taken, they also include "some of the solutions young people (and a few adults) have created and supported to help make their families, neighbourhoods, cities, and world healthier, safer and more equal".

This include a woman making handmade paper that the Clintons met at Sabarmati Ashram, the then 10-year Matti of St Joseph Missouri, who in 2013, organised her a 3.7-mile-long 'Walk for Water' fundraiser, after learning that was the average distance that women in Asia and Africa had to traverse for water, and Bunker Roy, his Barefoot College and its Solar Mamas.

There is South Carolina's Katie who helps children grow vegetables to donate, compulsive afforesters like Kenya's Wangari Maathai and the nine-year-old (in 2007) German boy she inspired - Felix and his friends set out to plant a million trees, reached their goal by 2010 and now want to reach one billion by 2020 - and many more.

Chelsea stresses her book is not exhaustive in respect to either detailing the issues or their solutions, but is meant to bring them into consciousness, especially their connections, and inspire thinking to tackle them. Thus, it is as valid for adults as teenagers, and people across the globe as Americans.